A lot of blocks went up this week, and the final features of the structure known as the Music Room are beginning to take shape.

We began with work on the outer wythe of the East wall, laying up the start of the upper pattern of accent blocks: 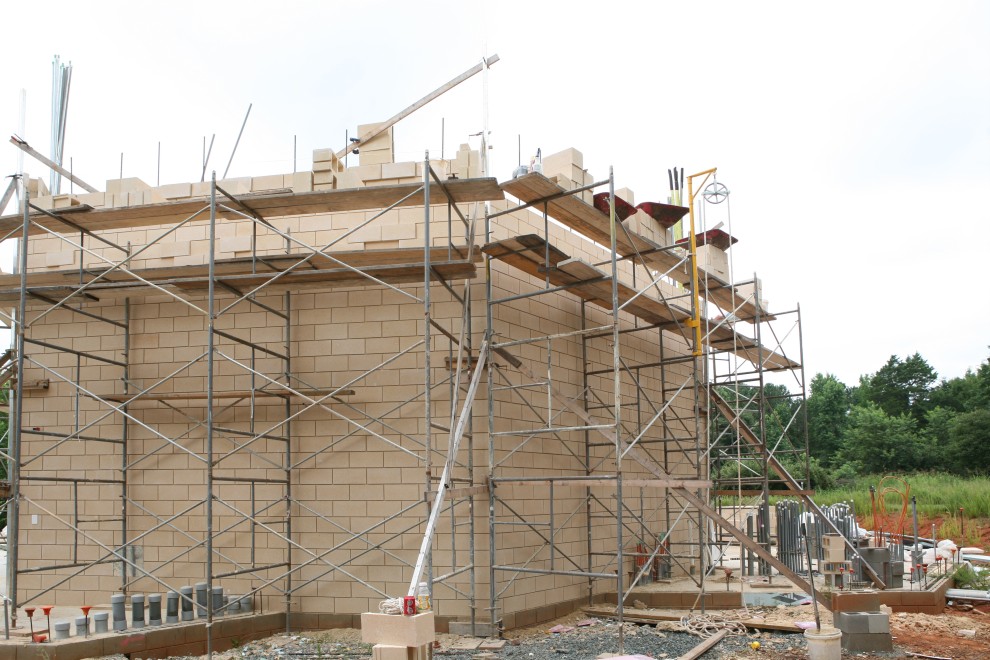 The outer wythe of the North wall may look like the straggler, but the many pallets of graded blocks tells the story: progress is going to be swift in the coming days: 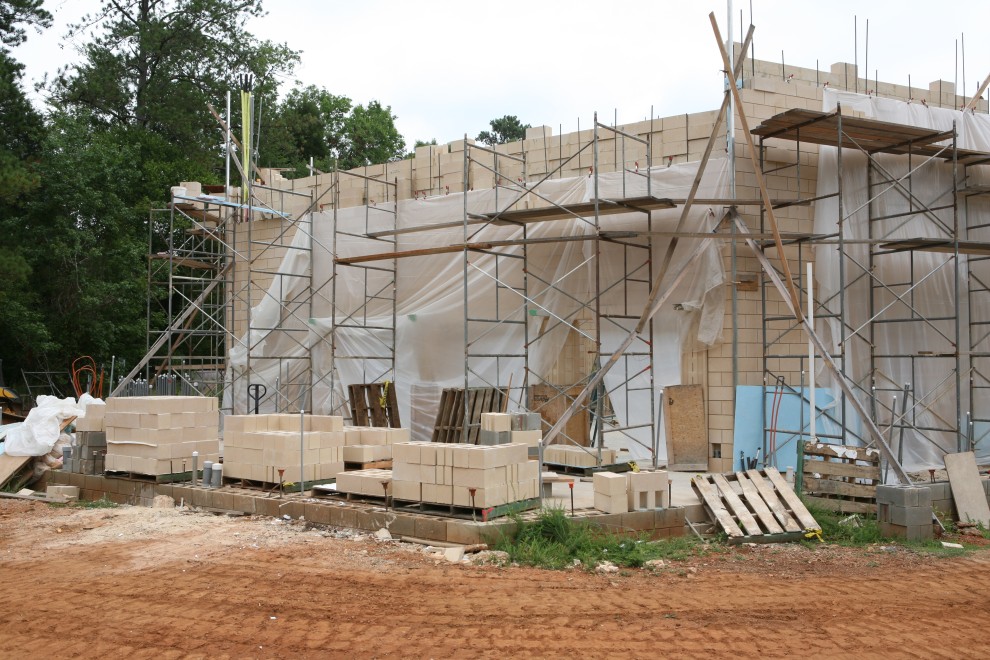 Soon the blocks are up, either in place or on the scaffolding, ready to be laid: 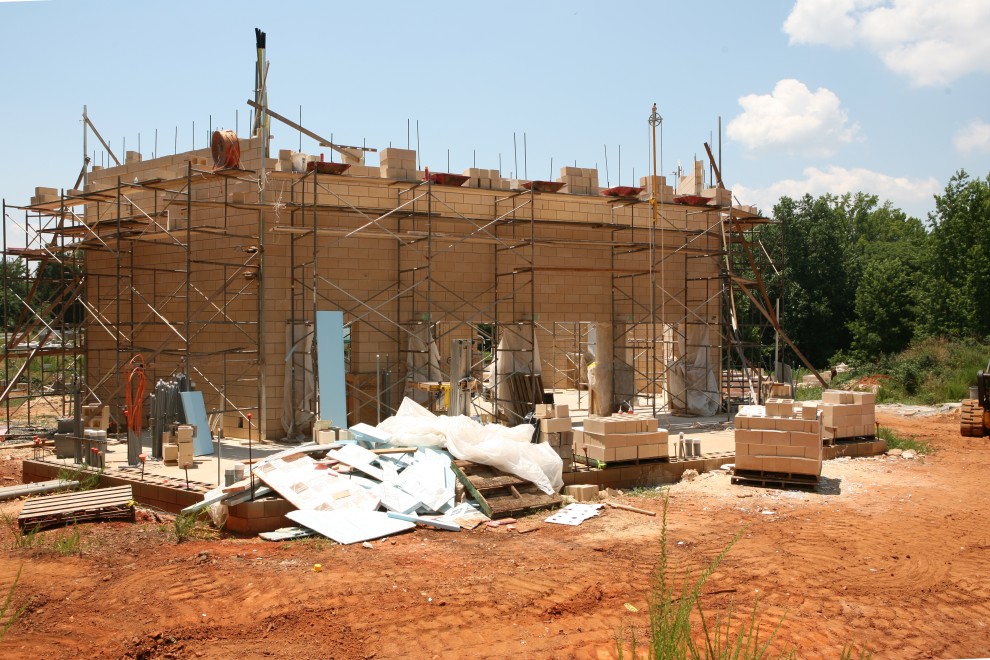 And you can see by the empty pallets just how many blocks have been going up of late: 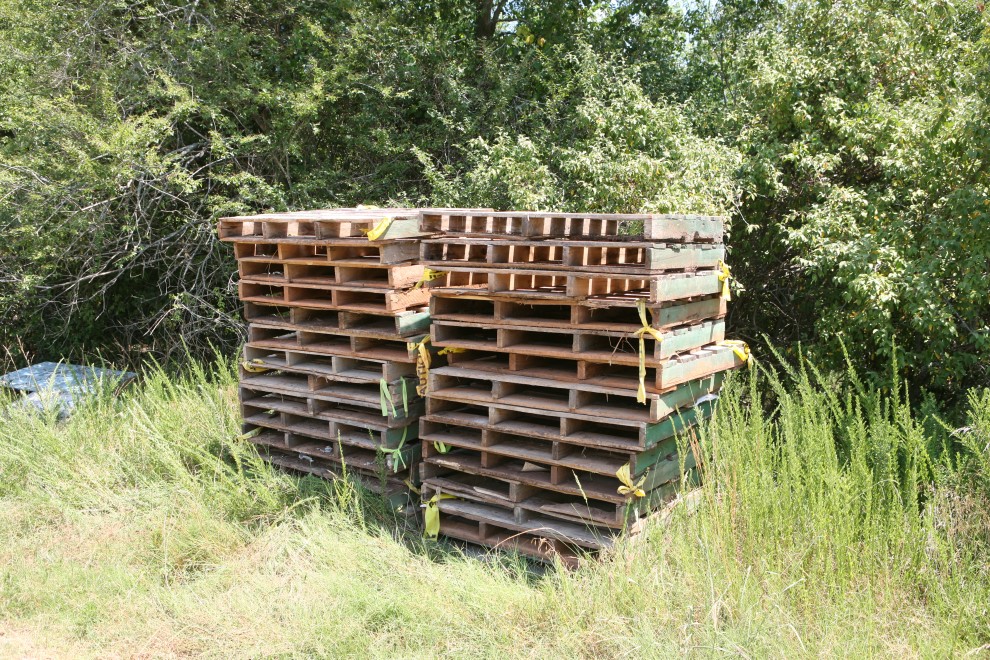 Where’d all those blocks go?  Well, some probably went to the 32nd course of the South Wall, the first to reach that course: 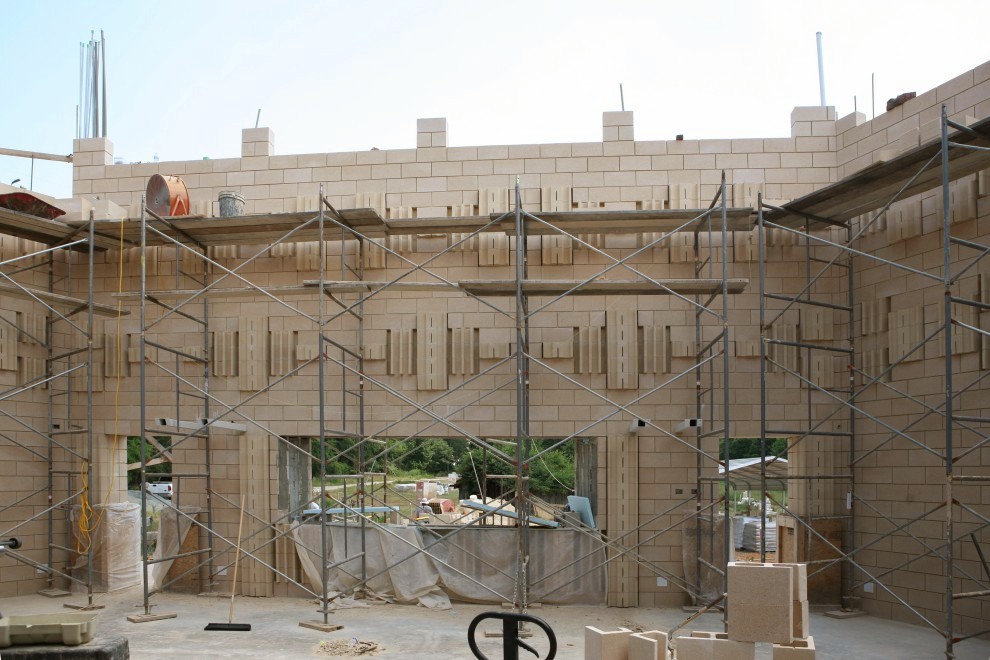 Over to the East wall, the inner wythe rises up: 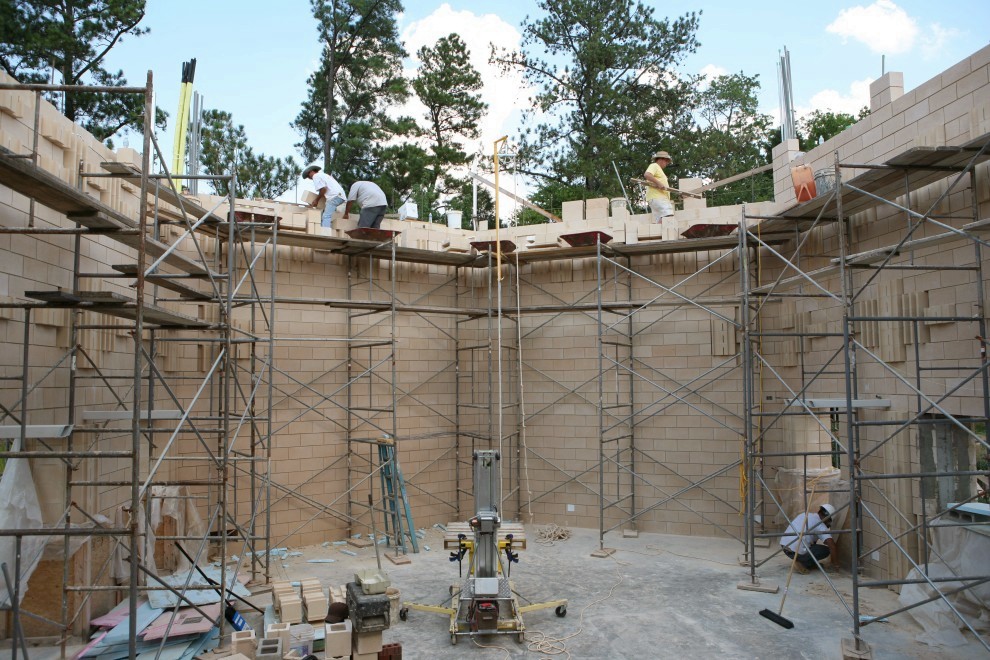 The plans tell one story: 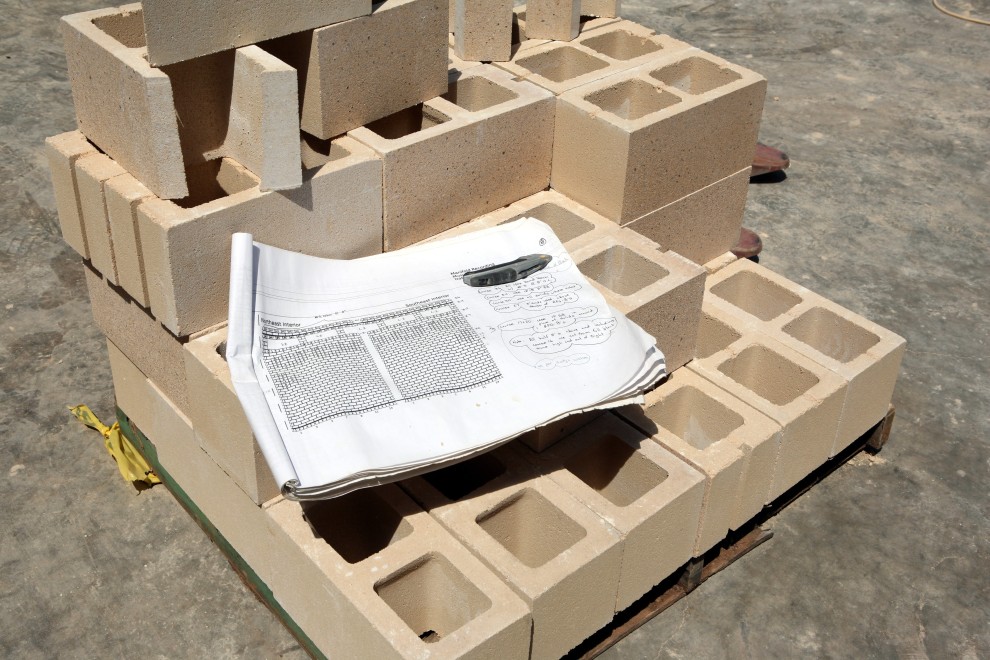 And the masons have to tell the same story, in concrete: 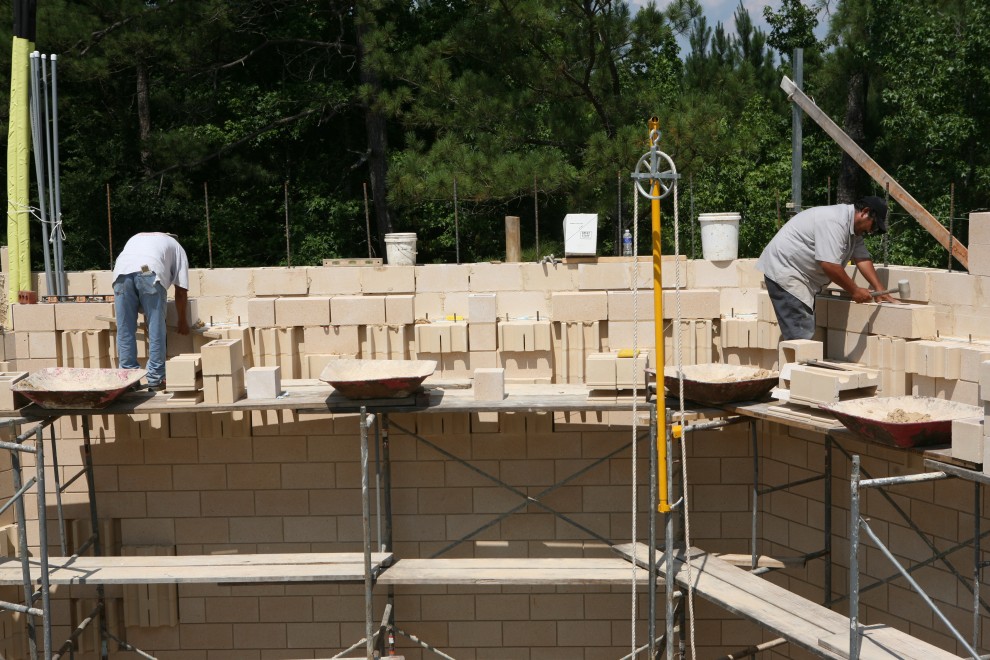 While we’re up high, let’s take a look around.  Here’s another view of the 32nd course of the South Wall: 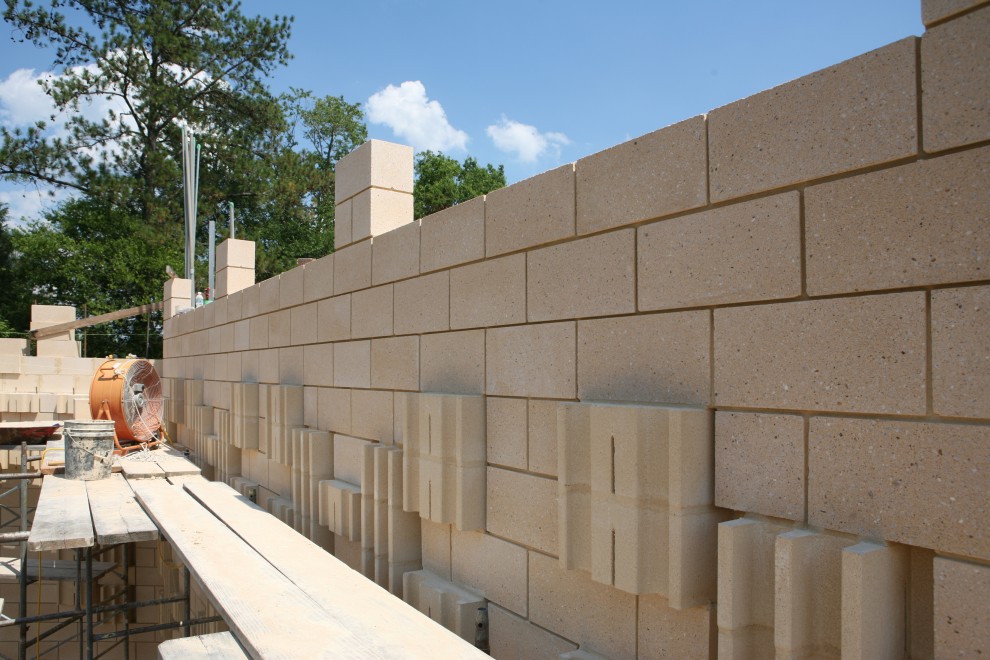 And a view of what the accent blocks of the outer wythe look like when they are in place: 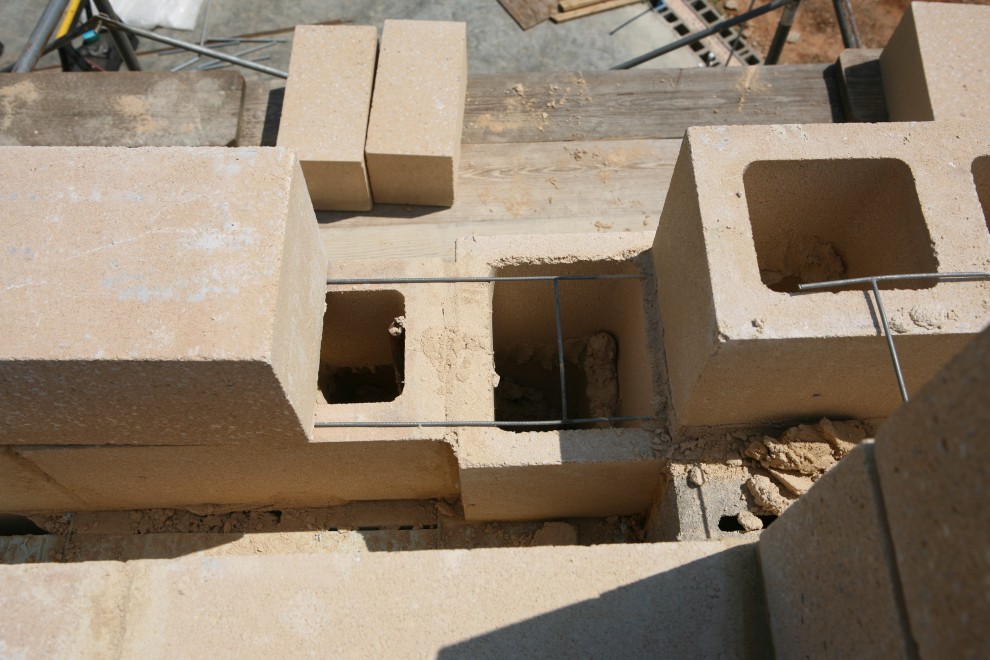 And a view of the North wall, lagging at the 26th course: 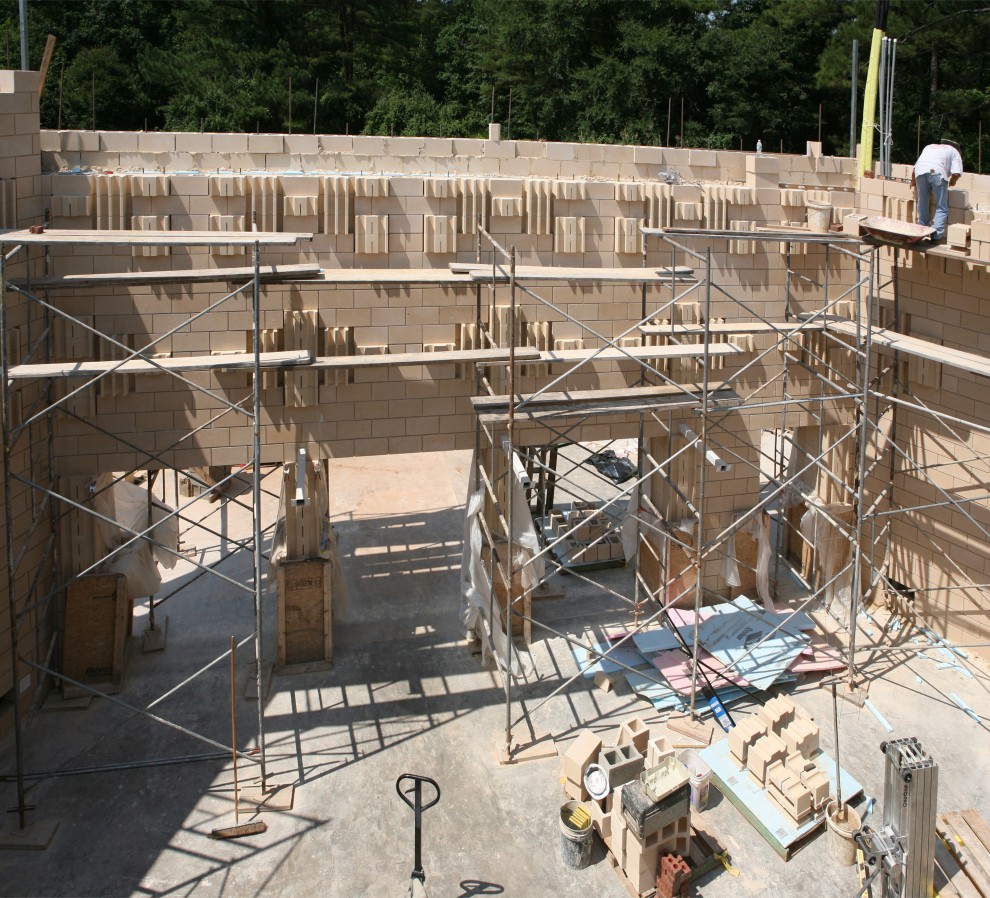 But the lag does not last long.  After two days, it’s all caught up: 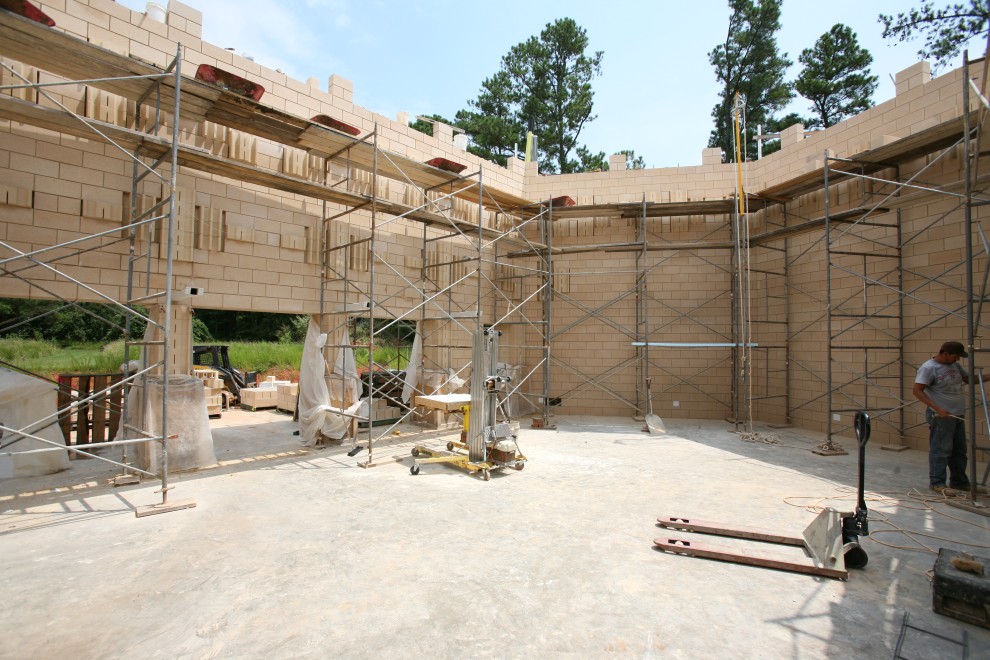 And, I should mention, it’s gorgeous!  Here’s a reverse view, looking at the once-shorter North wall and the once-taller West wall: 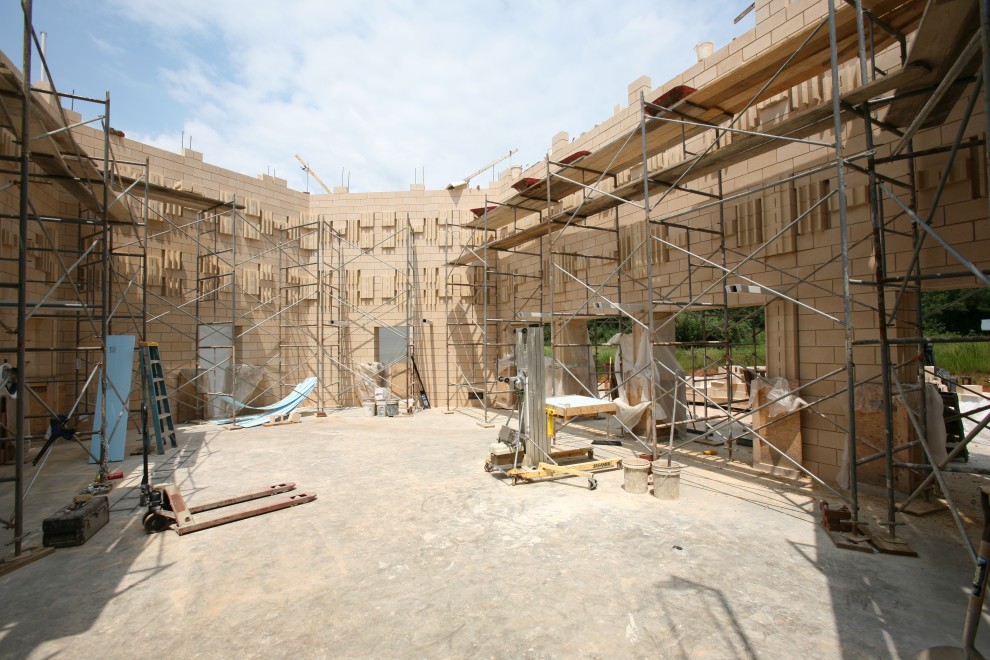 The blocks that make up the sills of the windows, inside and out, are all solids.  Here’s a ton (or more) ready to go up: 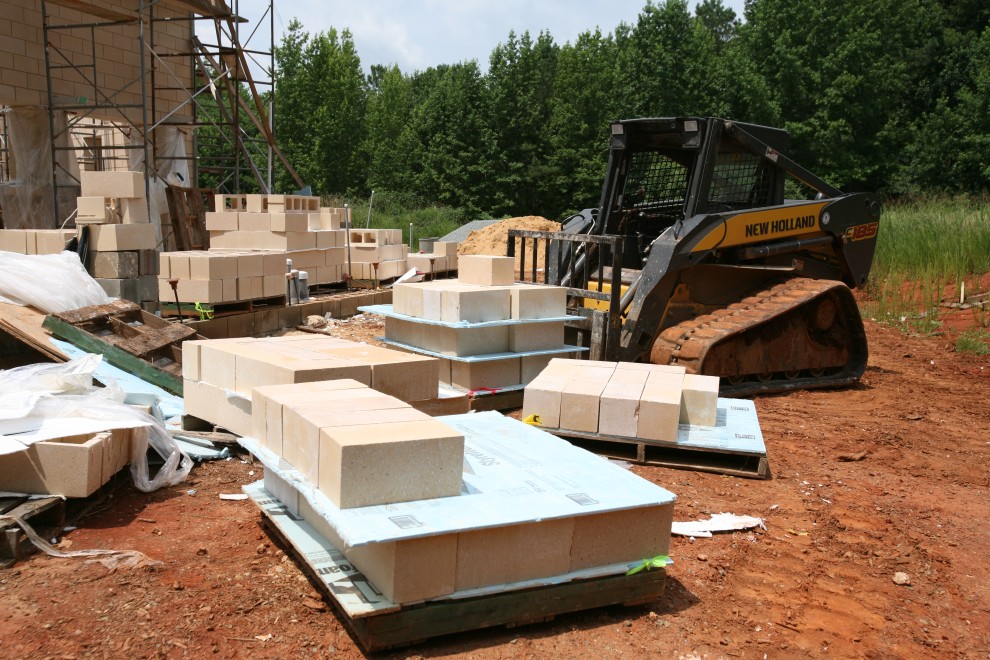 And now for some fun up high, some random views and perspectives: 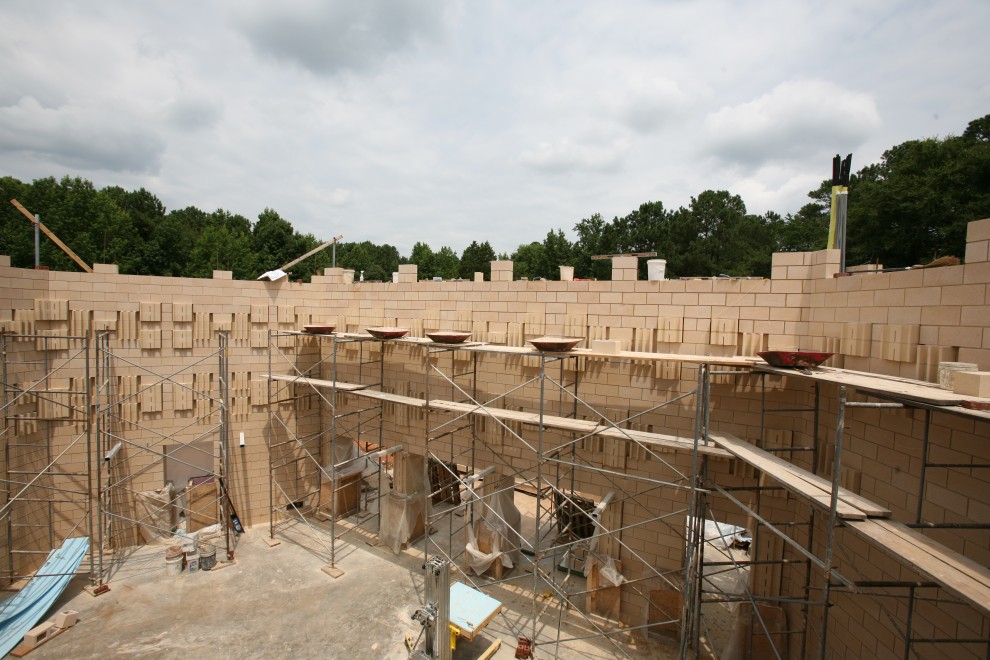 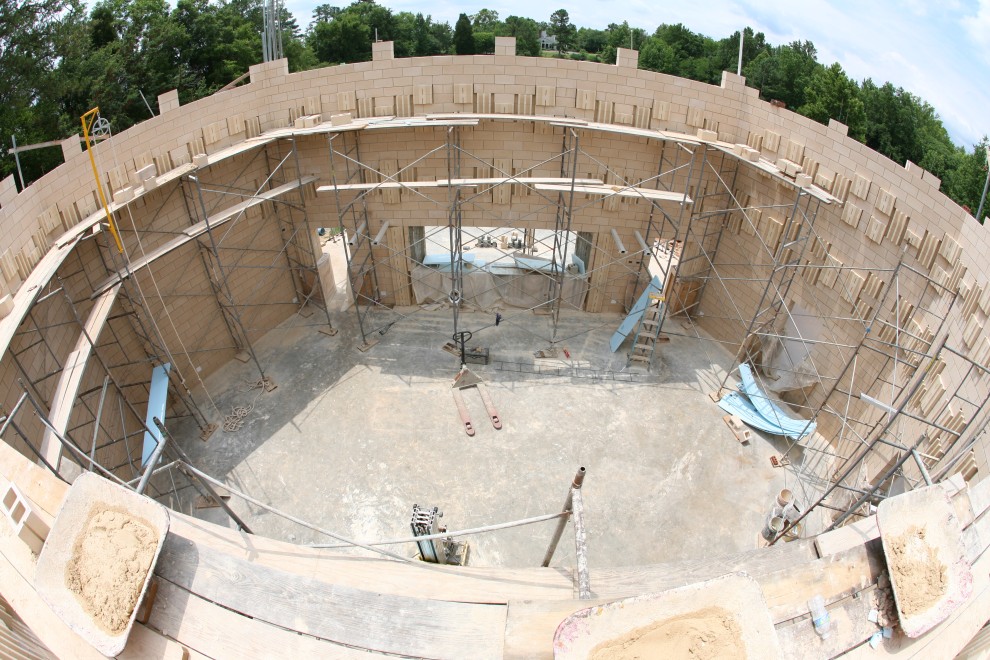 And a preview of what’s to come next week: more scaffolding for the final bond beam: 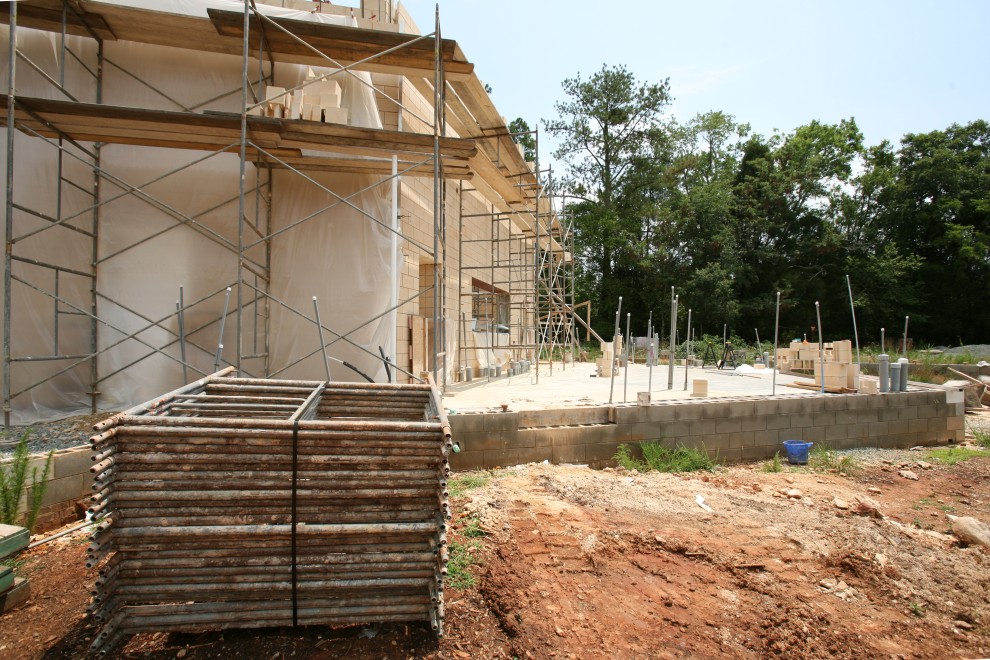