Last week the first details of a new plan for the Lounge ceiling began to emerge.  This week the plan is plainly visible: 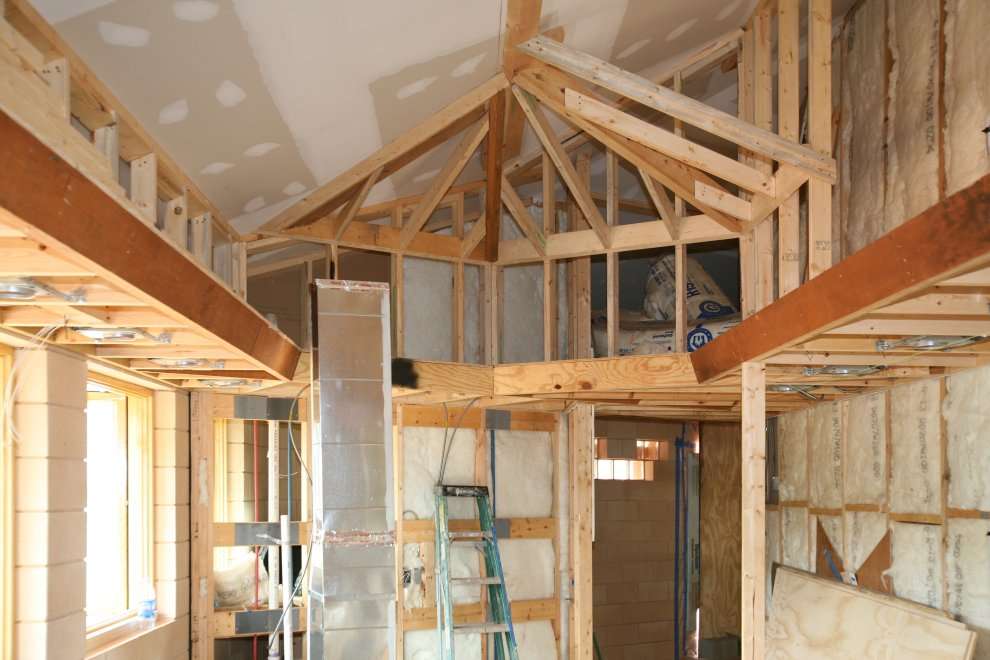 While the framing looks asymmetric, the result will be perfect axial symmetry.  It is even more dramatic at the other end of the room: 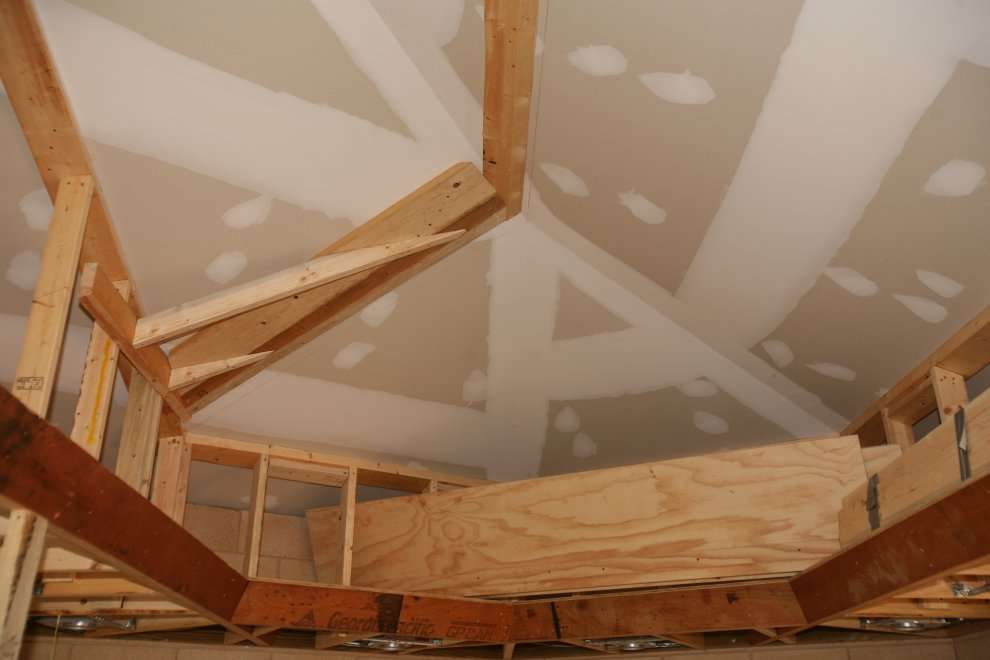 In this case the original ceiling lines are almost consistent with our symmetry plans, so there is much less framing needed to define the facets.  When it’s done there will be two small triangles facing each other at the ends, and two long trapezoids making up the length of the room.  Until then, enjoy the amazingly shallow mitre cuts needed to adapt the framing to the intended slopes: 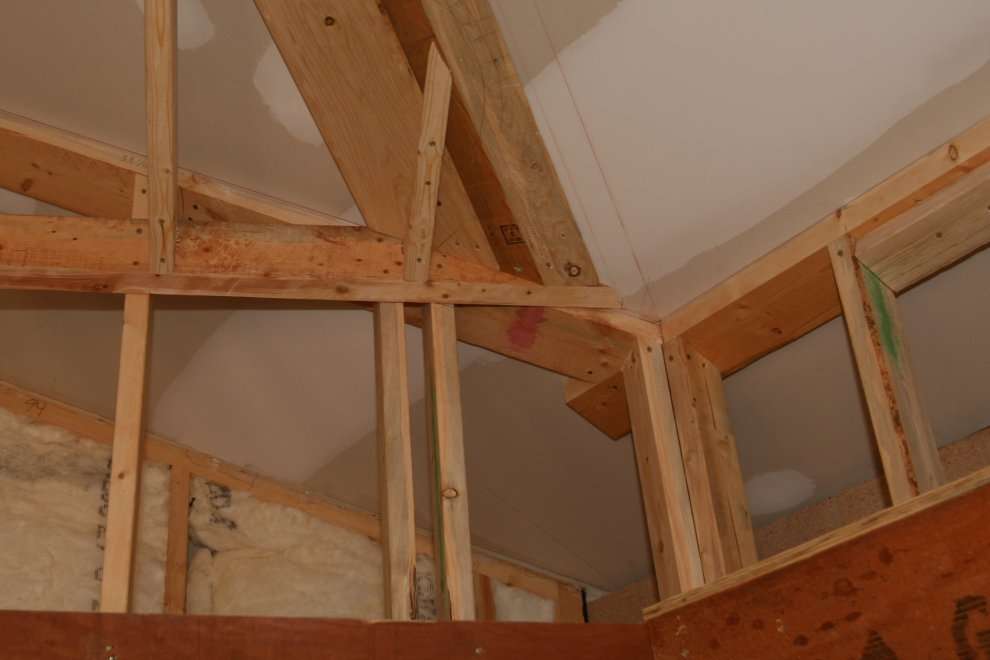 The Annex Entry now has the light fixtures installed: 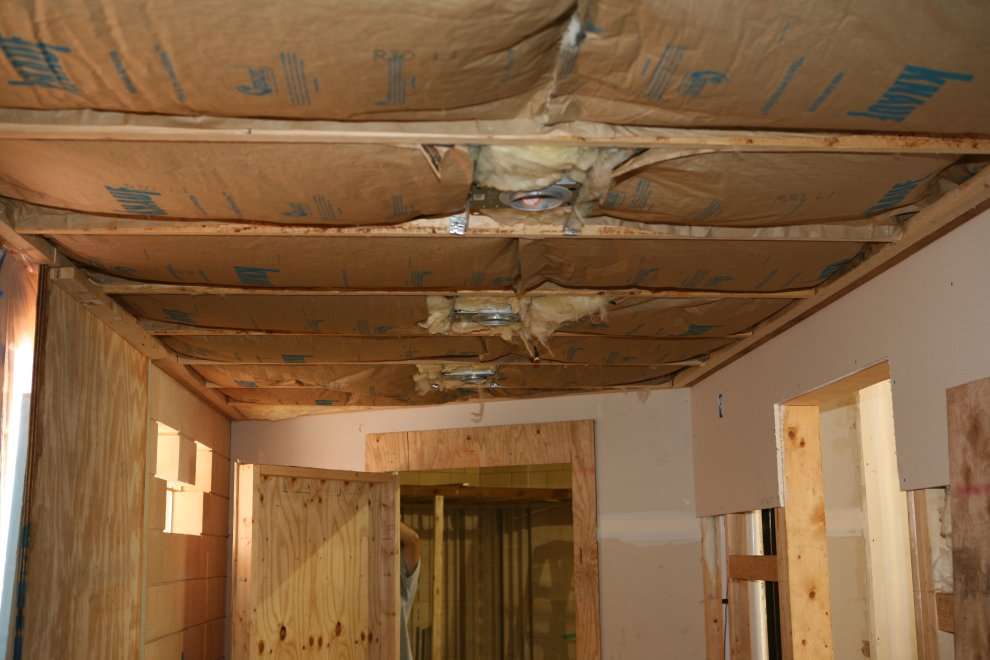 The plumbers are also now back on the job site installing the pipes for the in-floor heating: 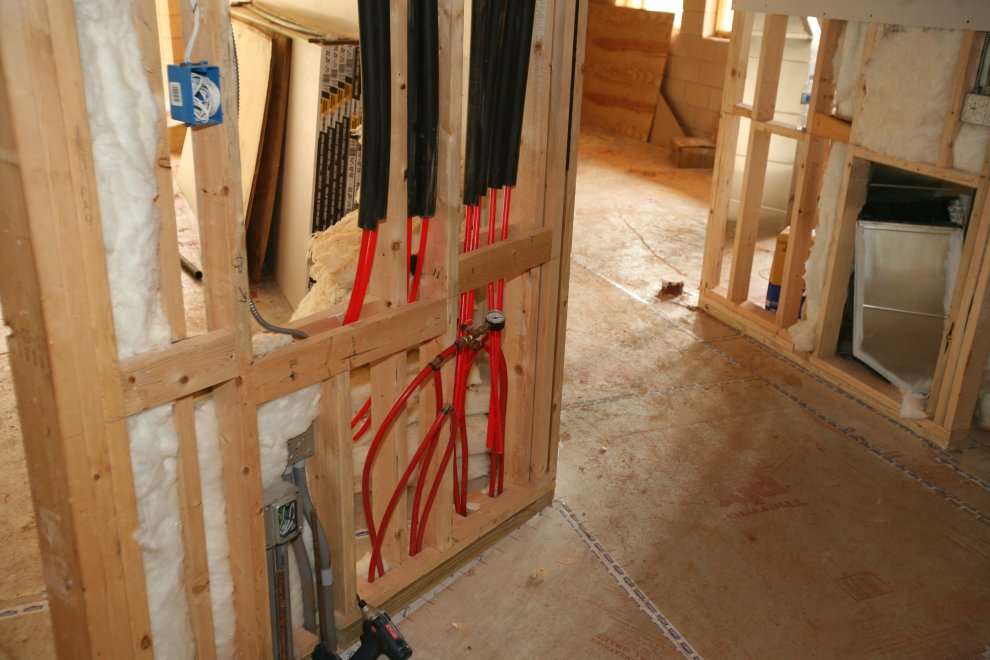 Here’s a longer view of that work: 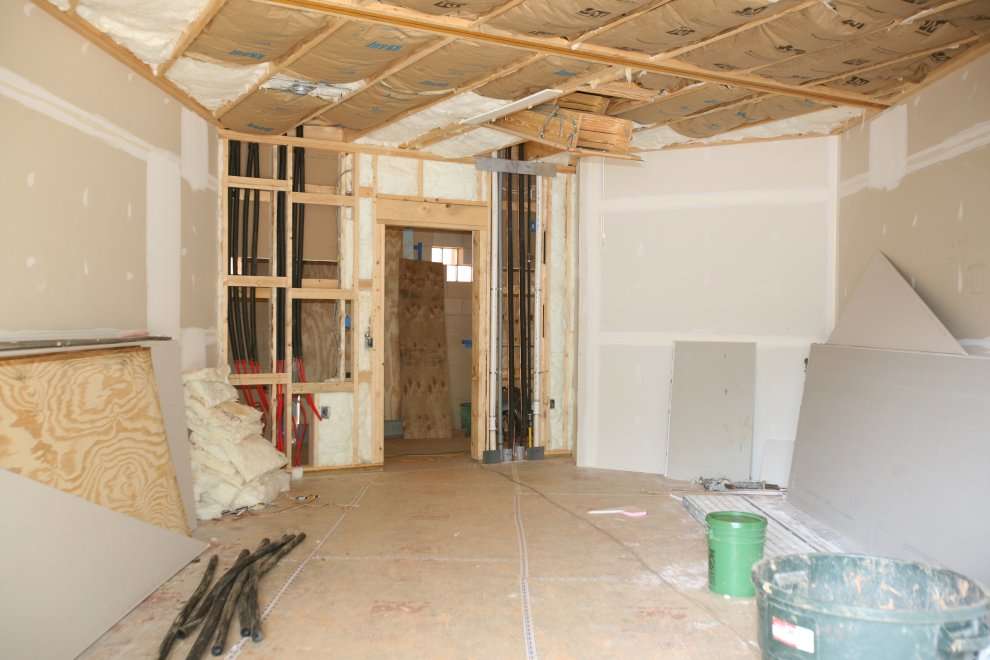 Over in the Annex Control Room, a new plate has been installed from which the soffits (which are already framed, but resting on posts) will be hung: 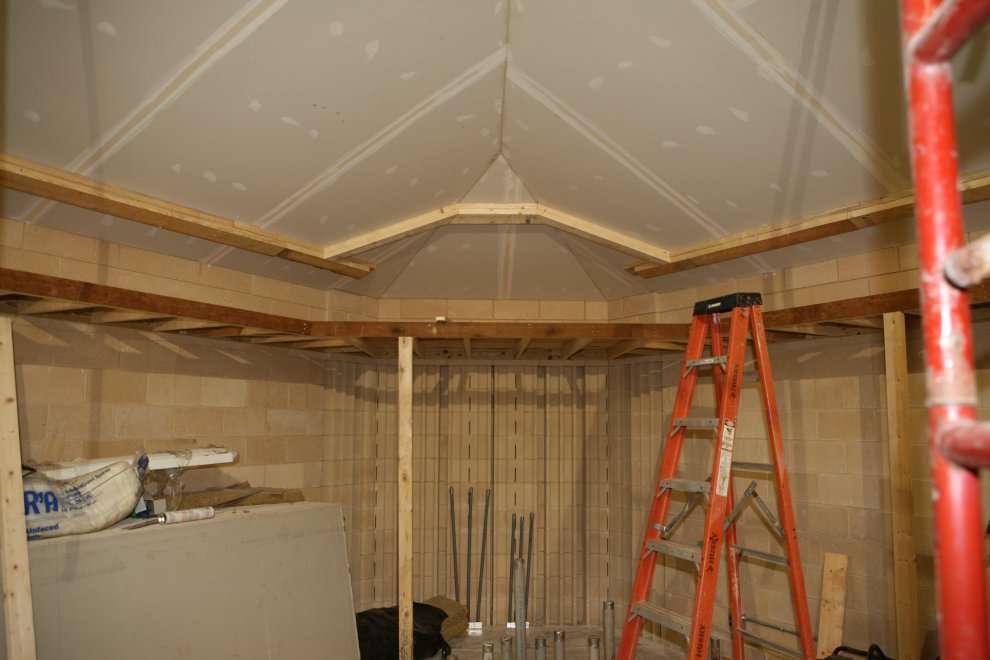 Also, a void has been framed for the HVAC return: 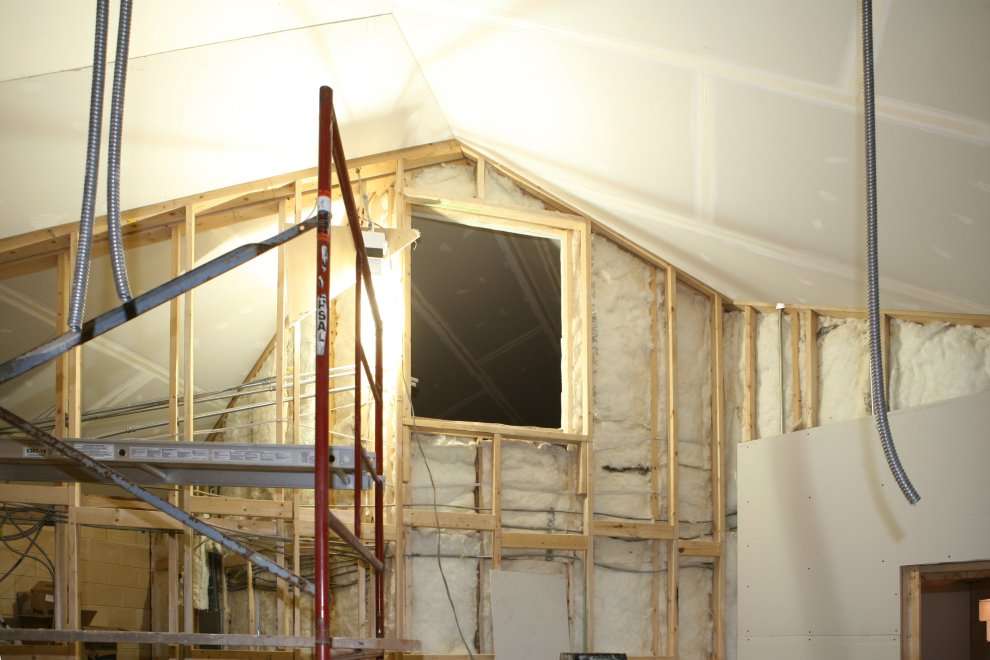 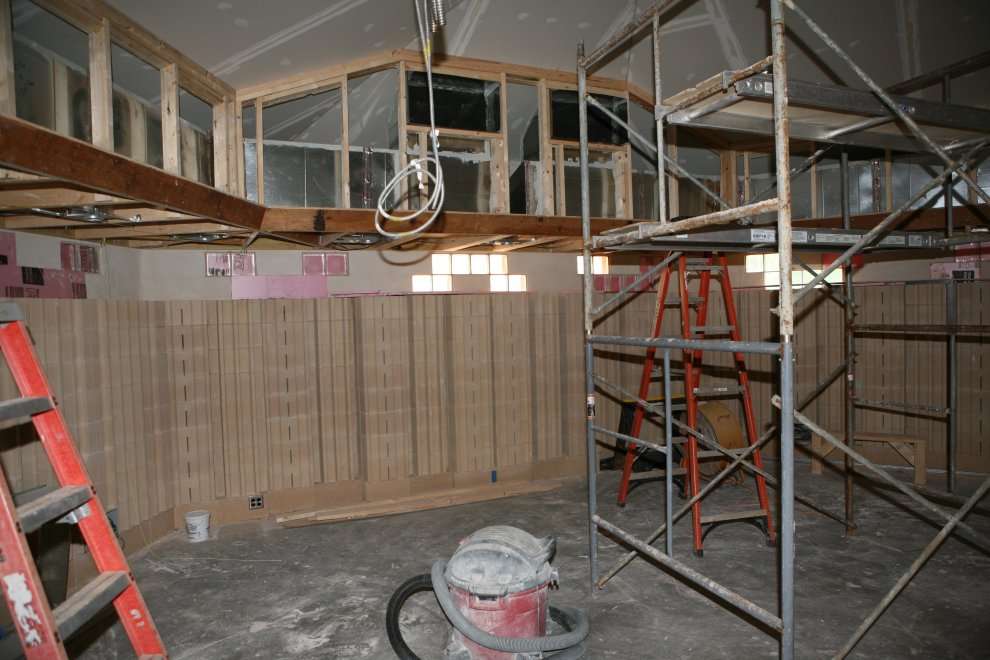 We’ve also removed the sheetrock in front of them as this will make the ducts more effective bass traps.  Speaking of sheetrock, here’s the last layer going up above the control room window, fully loaded with Green Glue: 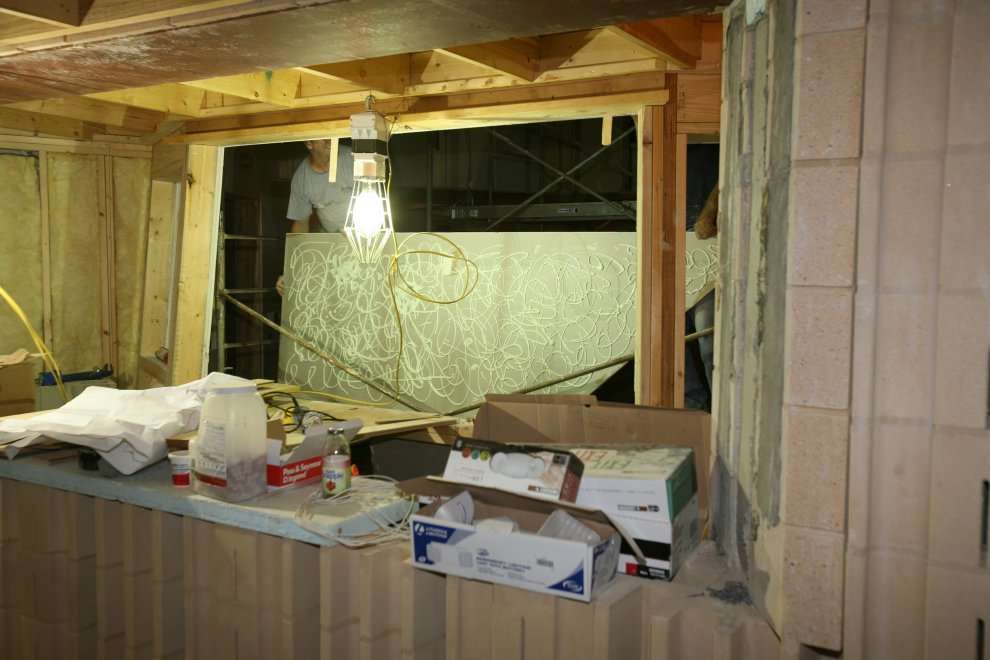 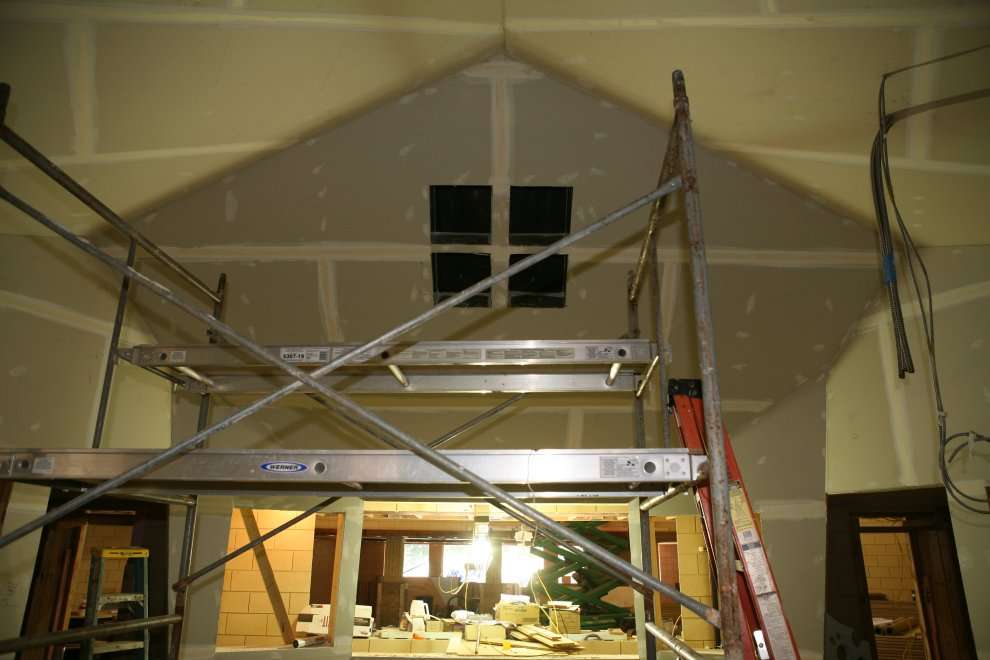 Meanwhile, the electricians have installed the crossbars to hold our future lighting arrays: 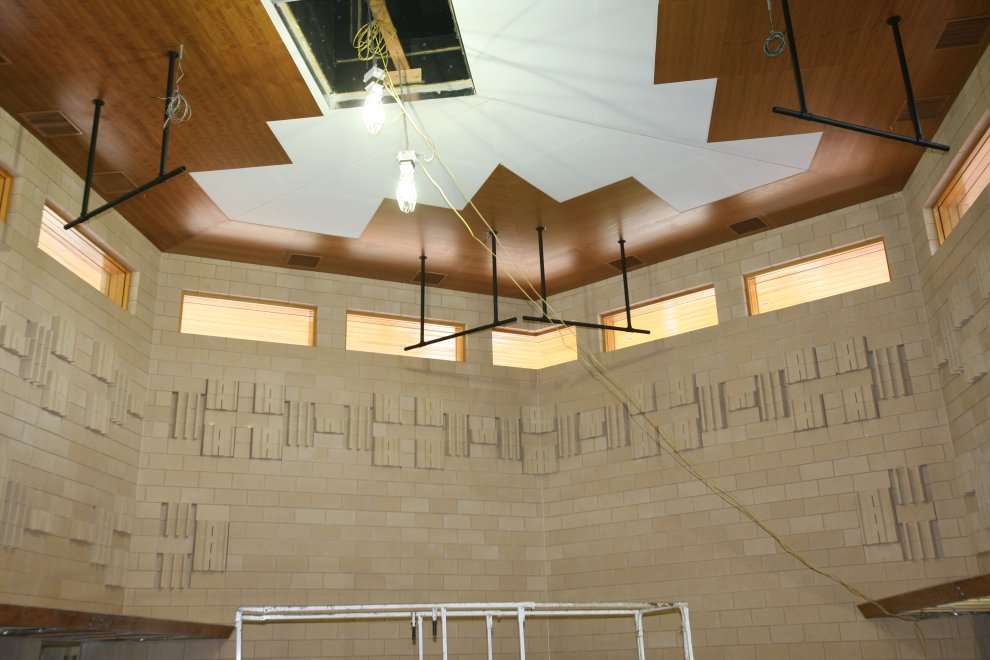 When we’ve got everything else working, we’ll put up some nice moving-head lights, but for now we’re just roughing in the lighting grid.

Another major task has begun: the hanging of the Music Room cloud.  Here are the plans: 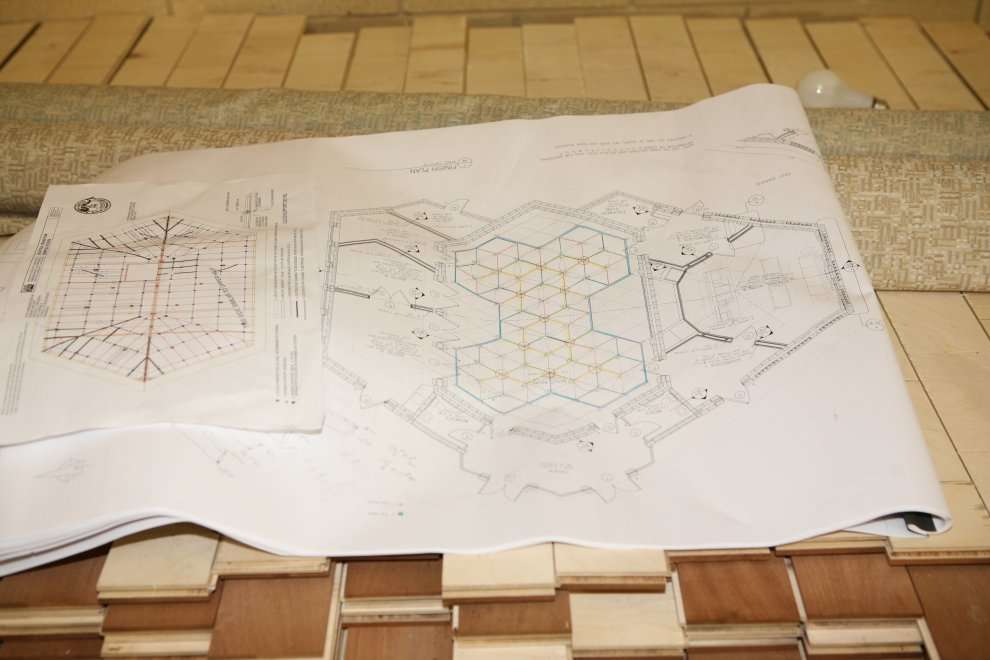 And here are the hangers that will suspend the cloud: 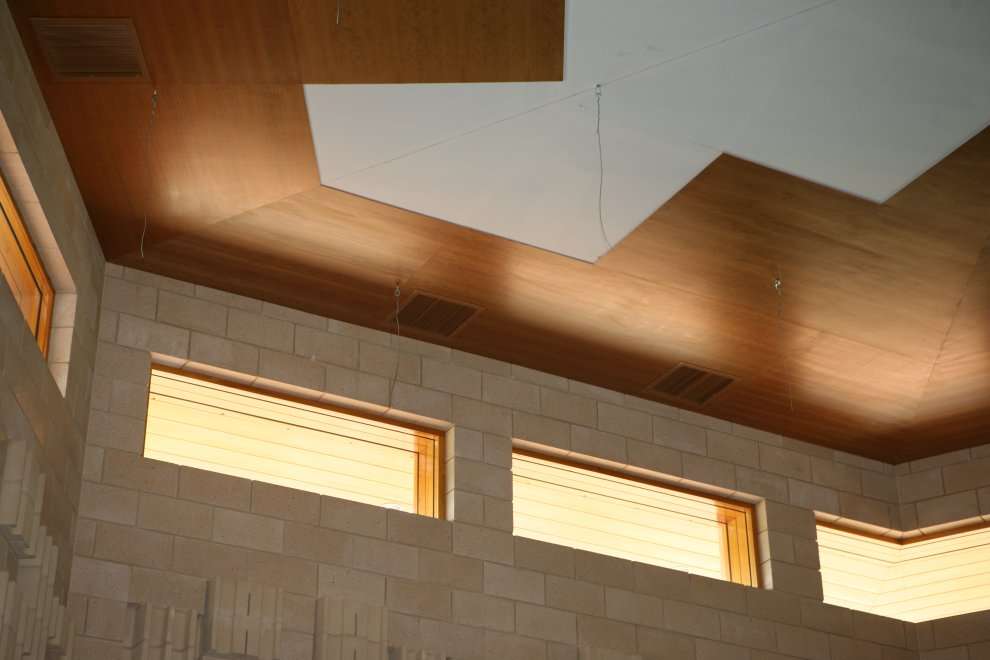 I am very eager to see the framing for the cloud go up next week!

Shifting around to the outside, progress continues on the Trough Drain: 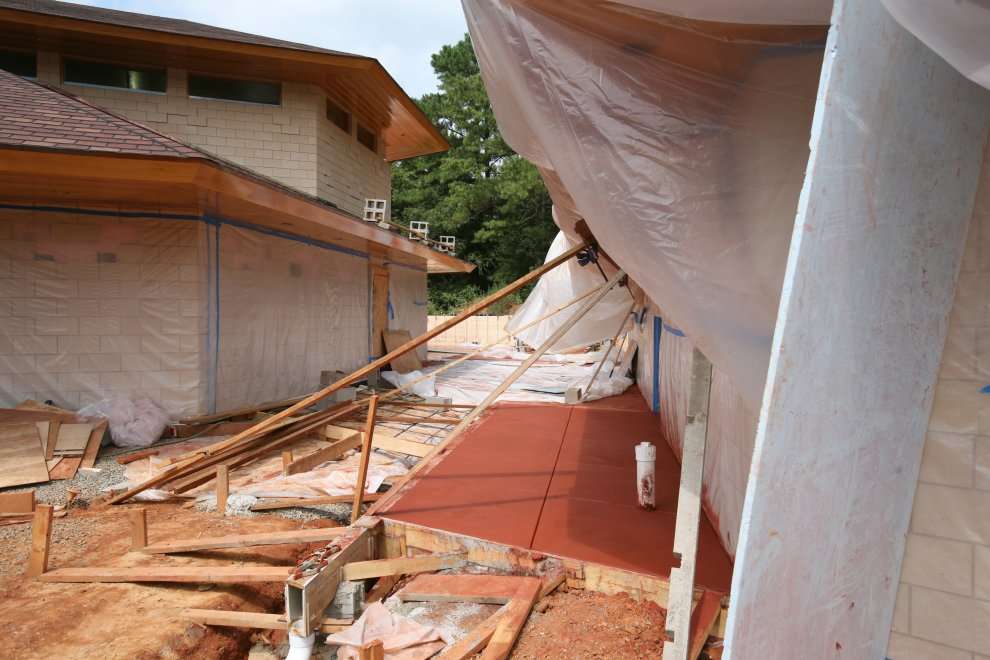 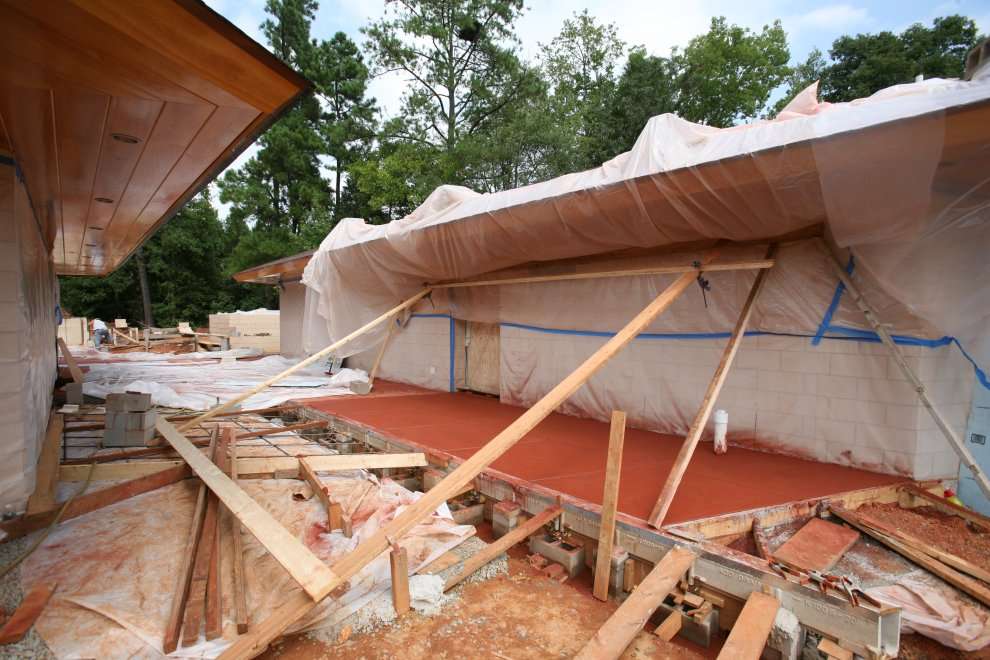 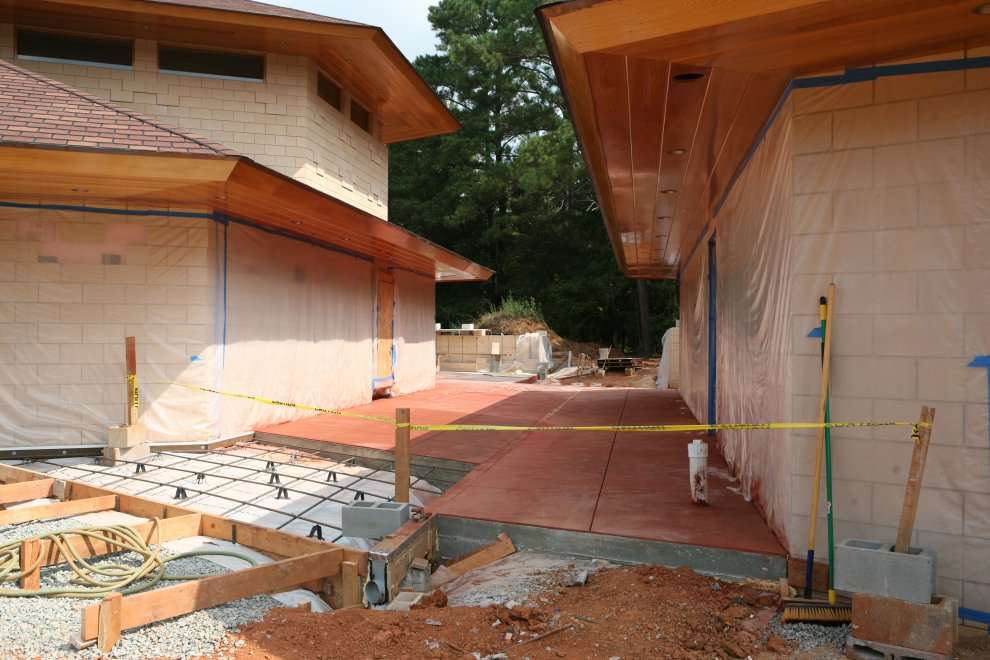 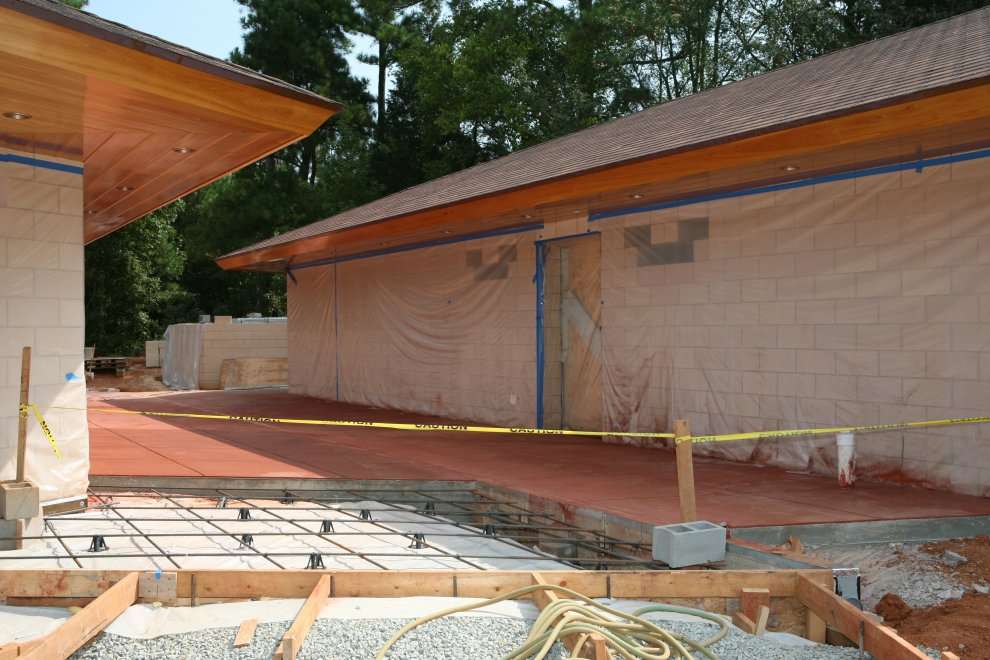 There’s a lot of rebar buried in that slab: 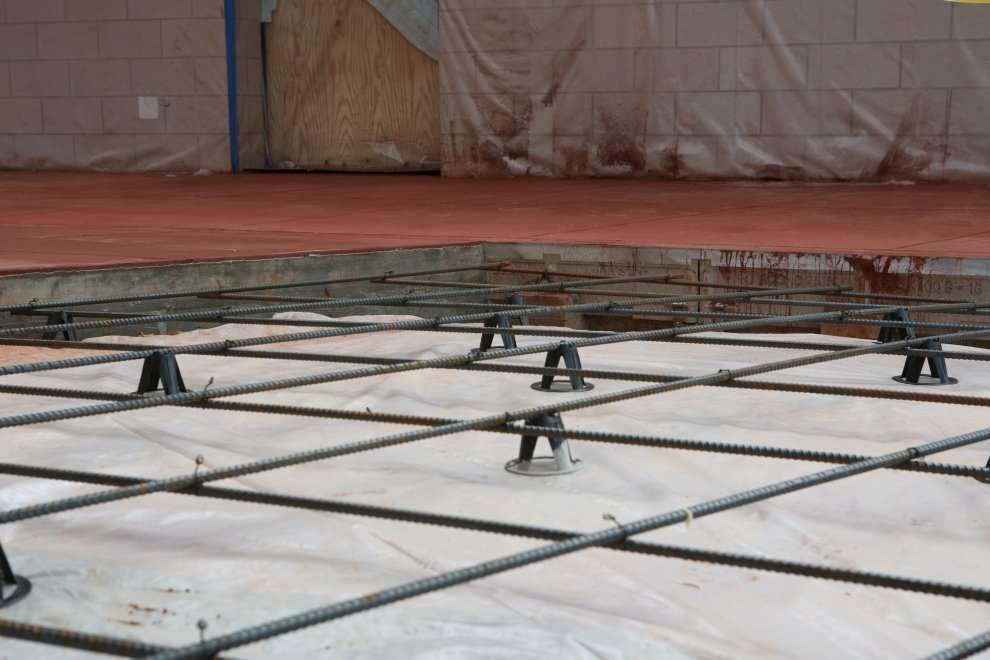 Finally, despite the lateness of the season, some new flowers are in full bloom up at the house: 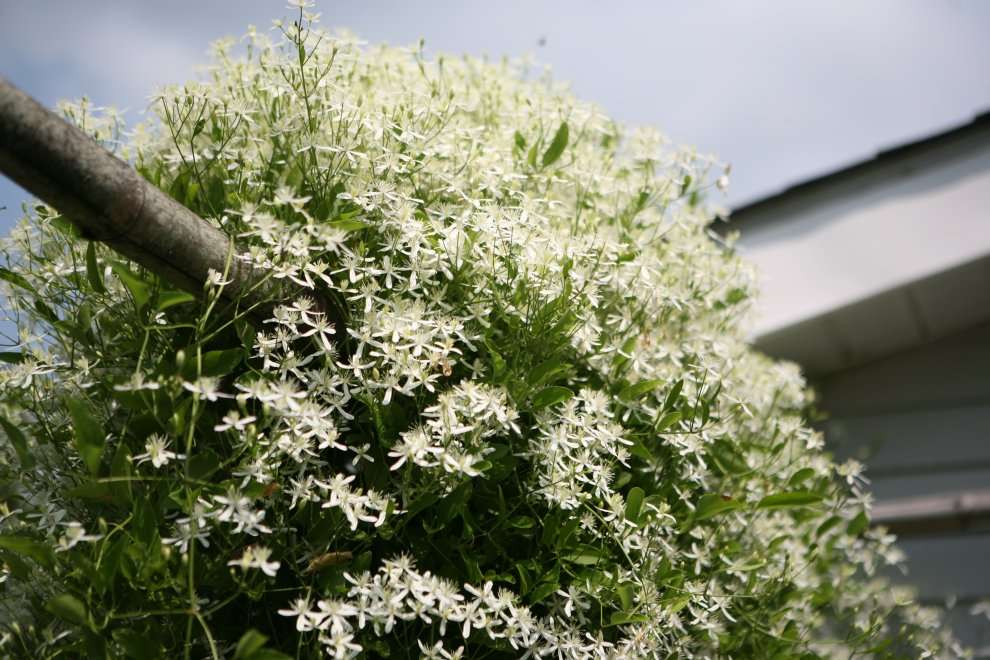