I cannot believe it’s been nearly 3 months since I last updated the blog.  That’s not a sign about how quiet things have been, but rather how busy they have been!

In January we started a flamenco project with Ed Stephenson and his Paco Band.  We did several days of pre-production, several days of tracking, one more day of tracking to do, and then we’ll be mixing the album for release later this year.  We shot a video of one of the songs that will also be released with the album.  Here’s a few images from that: 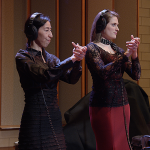 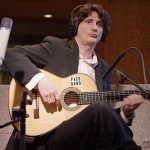 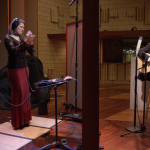 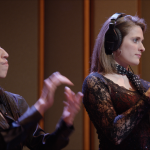 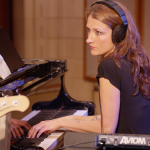 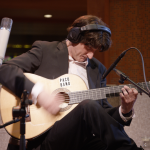 While that’s cooking, the day after Valentine’s Day, Wayne Krantz paid us a visit and did some cooking of his own.  Guitar and bass (!) players from as far away as Buffalo NY drove through snow and ice to receive Wayne’s latest wisdom gleaned from 40+ years of session and performance experience in a two-hour guitar clinic.  That was followed by an absolutely amazing live session, video of which is now available online at this YouTube Playlist:

Shot with two RED DRAGON cameras, a Blackmagic Cinema Camera and a Panasonic GH4, this beyond-FullHD video is treat to watch in 1440p resolution.  Ian Schreier did all the audio engineering, and it sounds fantastic!

While we have several other sessions going on simultaneously, the next big event is the return of pianist Kimiko Ishizaka.  She wowed us in November of 2013 with her performance of Bach’s Well-Tempered Clavier (Book 1), which was recorded live at the studio:

Now she is coming back to play Chopin…on a very special instrument.  The Pleyel Piano from the Kenan collection of UNC Chapel Hill is a historical treasure, directly linking the North Carolina music scene to the 19th century salons of Paris, France, where the likes of Franz Liszt and Frédéric Chopin were defining the art of piano playing. This instrument, immaculately refurbished in 2015 to adhere to the strictest historical standards, was played by none other than Chopin himself.

Chopin dedicated the 24 Preludes to Camille Pleyel, piano maker and owner of Salle Pleyel in Paris, at the time Chopin lived there. To play the Chopin Preludes on the Pleyel piano from the Kenan collection is to reach back in time and come as close as possible in this modern age to experiencing Chopin’s music as he himself heard it. In this case, on a piano that Chopin himself played, built by the man to whom these pieces were dedicated.

If you would like to attend this event, please visit this Eventbrite link and make your reservations as soon as possible as seating is limited and we expect to sell out.

We hope to see you April 18th!  Thanks for reading, and stay tuned!