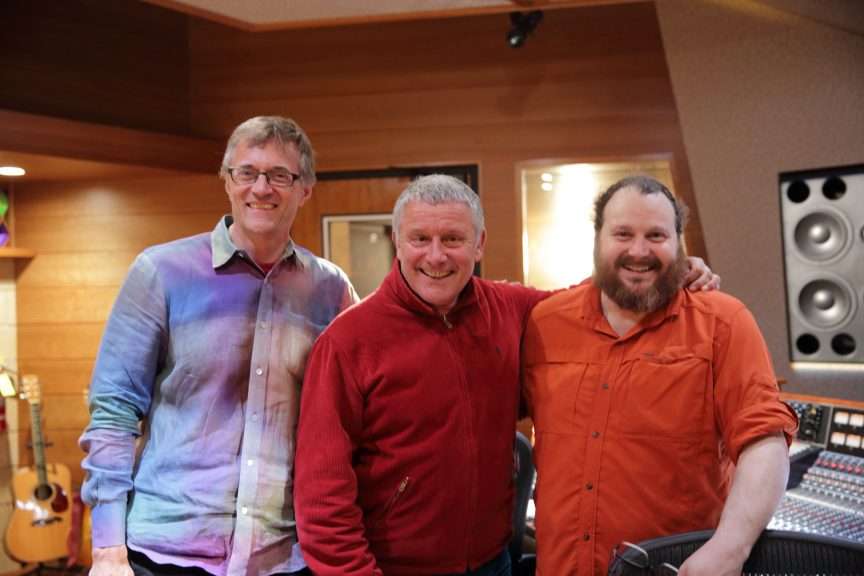 When I was 12 years old, I discovered the music of Emerson Lake and Palmer, and with it, new powers of imagination, beauty, and creativity.  ELP became both my refuge and my strength as I battled my way through the awkwardness, confusion, and loneliness of adolescence.

So you can only imagine my surprise when I was contacted earlier this year by Carl Palmer’s tour manager asking whether we might host his final North American Tour performance.  On November 21st, yet another dream became reality as Carl Palmer performed and recorded in front of a live studio audience.

This week we got permission to post the first of several videos we will be releasing over the coming months from that event: Welcome Back My Friends (Karn Evil #9 for the nerds).

As you can see, the performance was amazing, as articulated by many of the audience members who attended:

I just wanted to tell you I enjoyed that experience about the most of any show I’ve been to.  The atmosphere and the hosts were top notch.  A real pleasure.  Thanks for allowing me to attend. — Kent B.

Thank you very much for the great show last night. My wife and I really enjoyed listening to Carl and his band. Great performance. The venue is really something special. thank you for sharing that with us!  Howard S.

The audience were not the only ones complimenting the venue.  Guitarist Paul Bielatowicz, Bass (and Chapman Stick) player Simon Fitzpatrick, and Carl Palmer himself each complimented the room as one of the best-sounding, most accurate rooms they have ever played in.  It was a joy to know that we’d created an environment that was such a joy for them.

After the show, Carl visited Ian in the Control Room and said “I’m sure what you recorded sounds very good.  Just give the mix a little love and it will sound great.”  And that’s what Ian proceeded to do, as we document in this little behind-the-scenes video:

There is no question that great sound starts with a great performance.  But as the video shows, a great performance is just the beginning of a great mix.  We look forward to dropping more videos in the coming months.  To make sure you don’t miss any, subscribe to The Miraverse on YouTube for concert recordings, Manifold Recording for behind-the-scenes and how-to videos, and our Newsletter (by visiting https://miraverse.com/ and entering your email address in the text box on the left) to be notified of upcoming events.  I can’t wait to see who will visit us next!