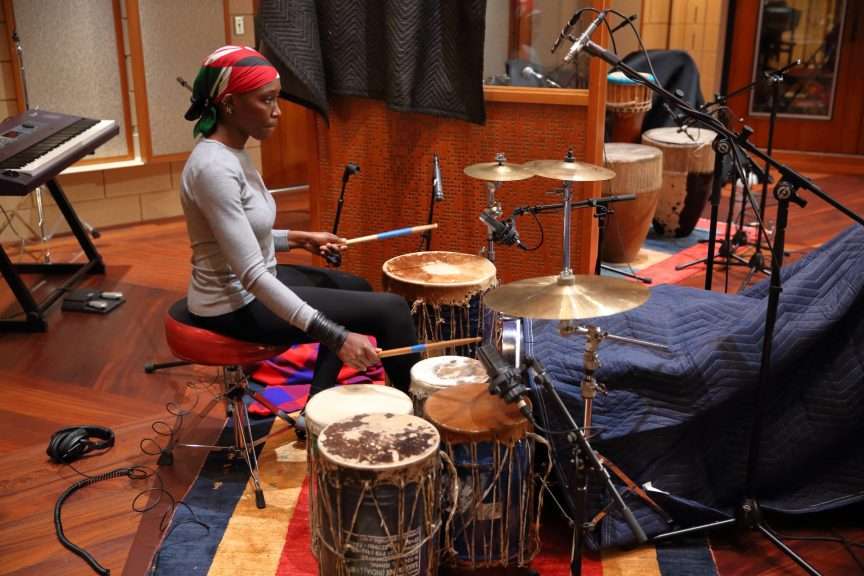 The Nile Project is a group of musicians from countries that are touched by the waters of the Nile River.  The Nile Project’s mission is to raise awareness of issues that threaten the rich ecosystem and vital resources that the Nile River provides to millions of people in Africa.  They do this through the music they play and lectures they give around the world.  The Nile Project last visited North Carolina in 2015, and the decision was made then that the next time they visited, it would be for more than just a concert and a lecture.  Making good on that promise, NC State Live hosted an intensive musical residency that overlapped the time the band wanted also to record their third album.  It’s not easy to find a recording studio that can accommodate 12 musicians playing together, especially when at least four of them have what amounts to their own drum kit.  But fortunately, our location, capacity, and schedule all worked out, and with some financial support coming both from friends of the studio and friends of the band, we were thrilled to help them record Tana (which now available for pre-sale).

Here are some brief glimpses of this amazing artistic endeavor, starting with a diagram showing the four fundamental drum/percussion stations, as well as “DI Land” for the guitars and basses played in the Music Room: 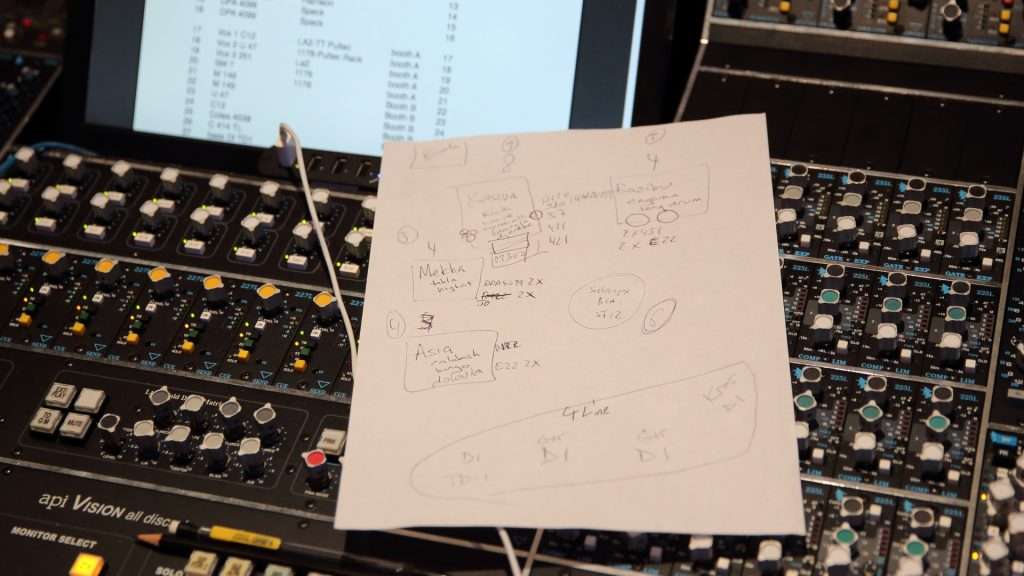 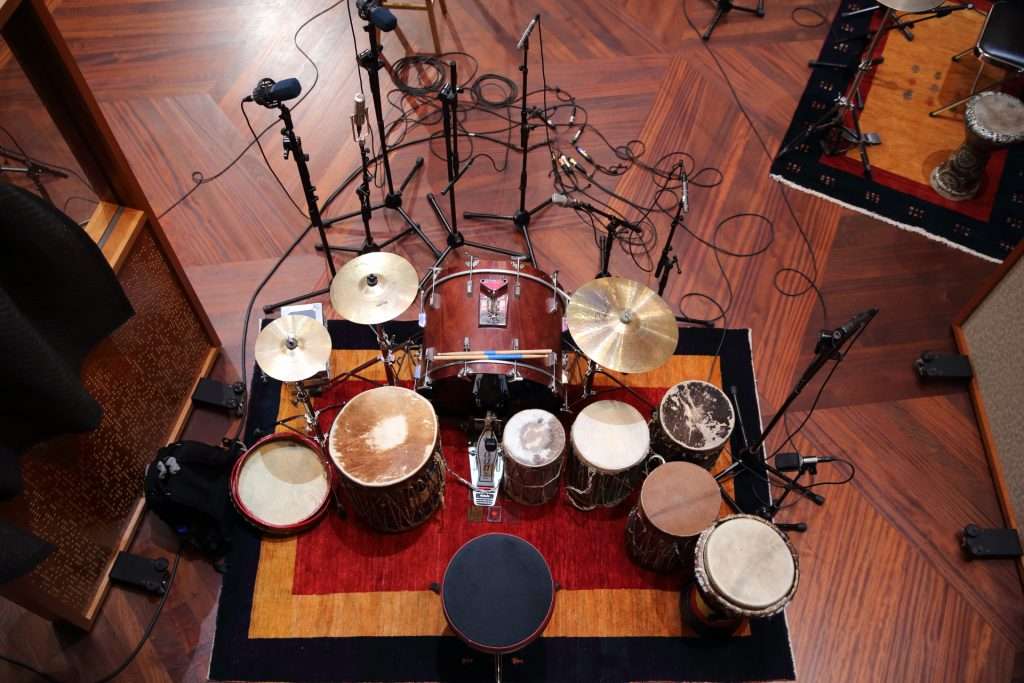 And an overhead view of Michael Bazibu’s Ugandan drums and the Long Drum (lower left, which is fitted with the skin of a monitor lizard): 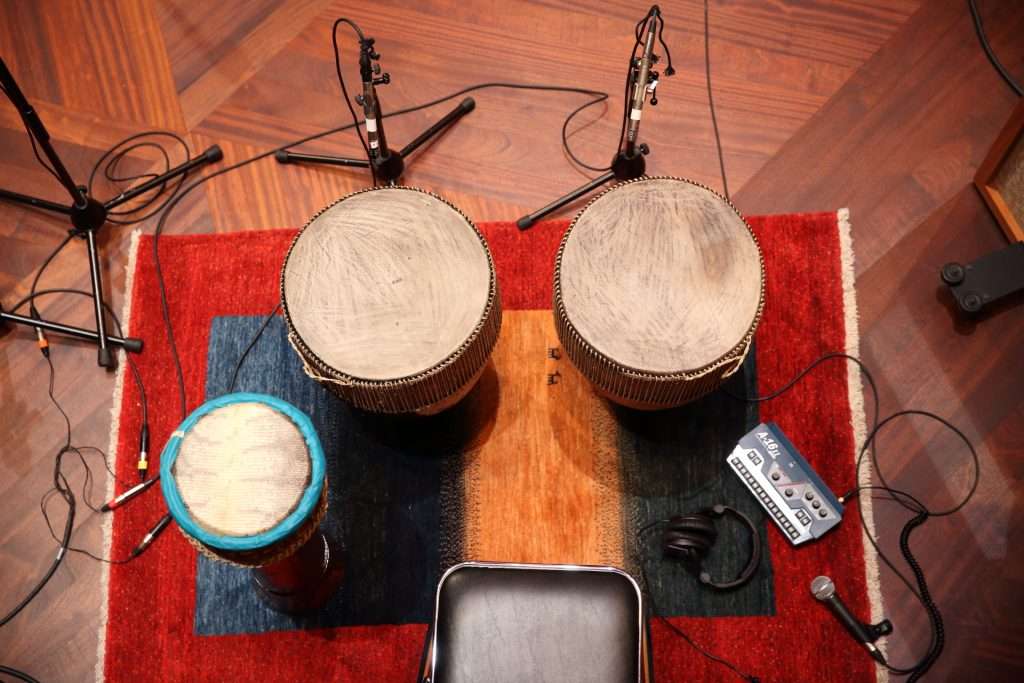 Another fun percussion element was the Gourd: 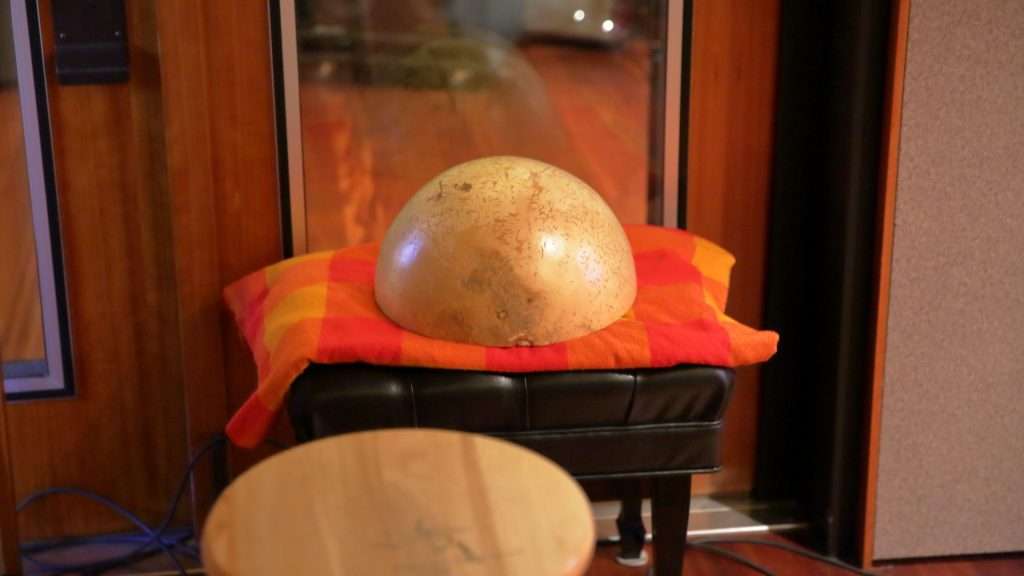 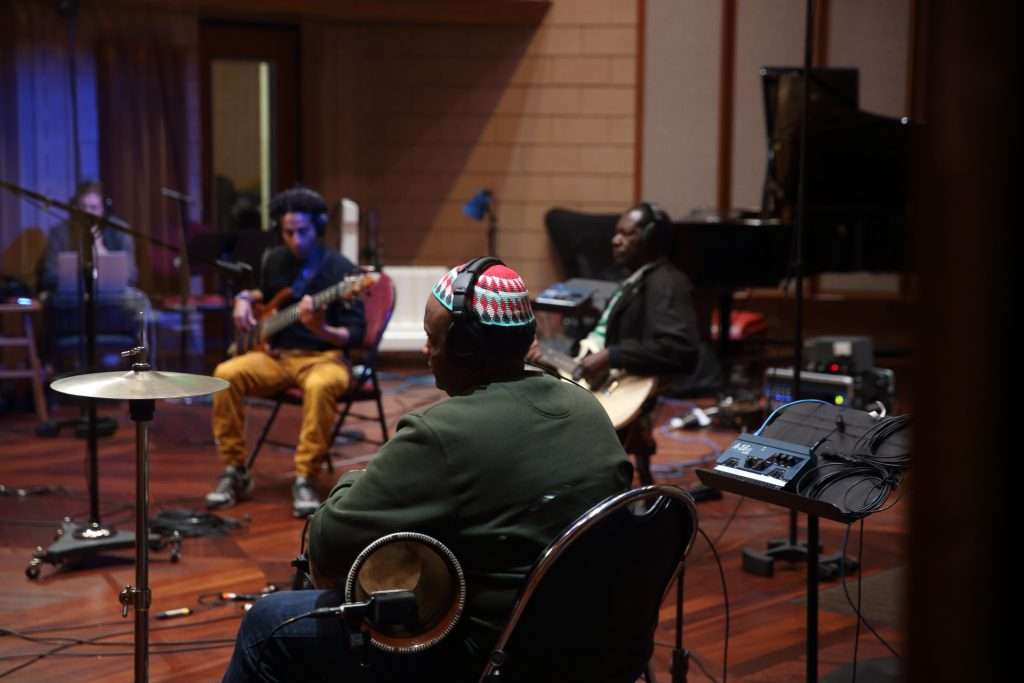 And Kasiva providing the “driving force”: 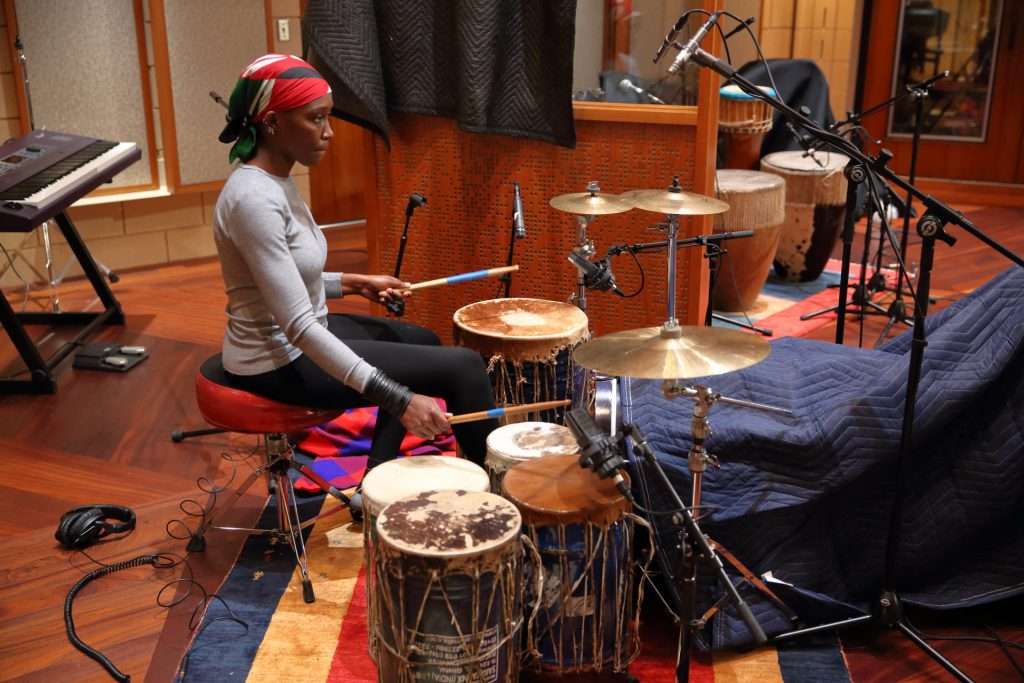 We have three principal isolation booths, but for this session we transformed Booth A into an inner sanctum (for vocals) and outer sanctum (for other instruments): 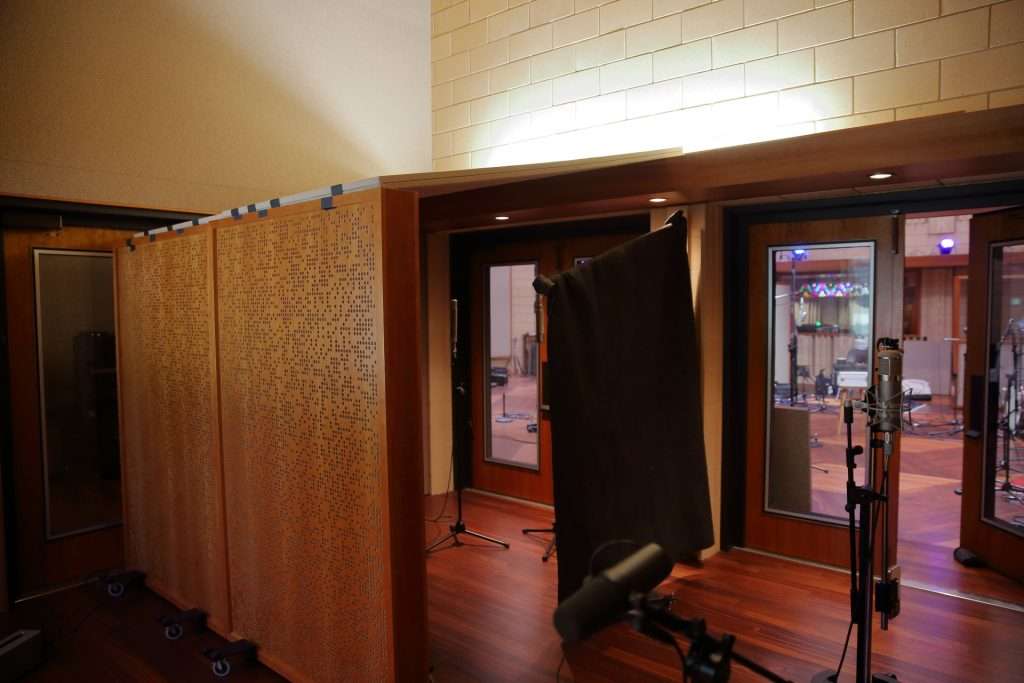 Nader El Shaer lays down an amazing flute accompaniment (in Booth B, right) to Saleeb Fawzy’s equally amazing vocals, with others singing background (in Booth A): 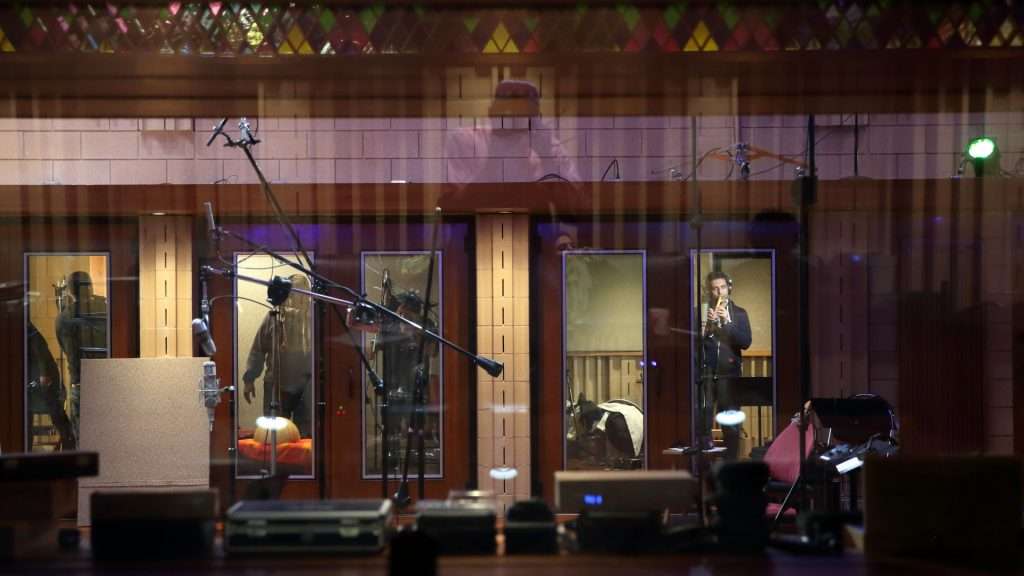 Engineer Wolfgang Aichholz created lots of options for capturing our room with this cluster (or column) of microphones: 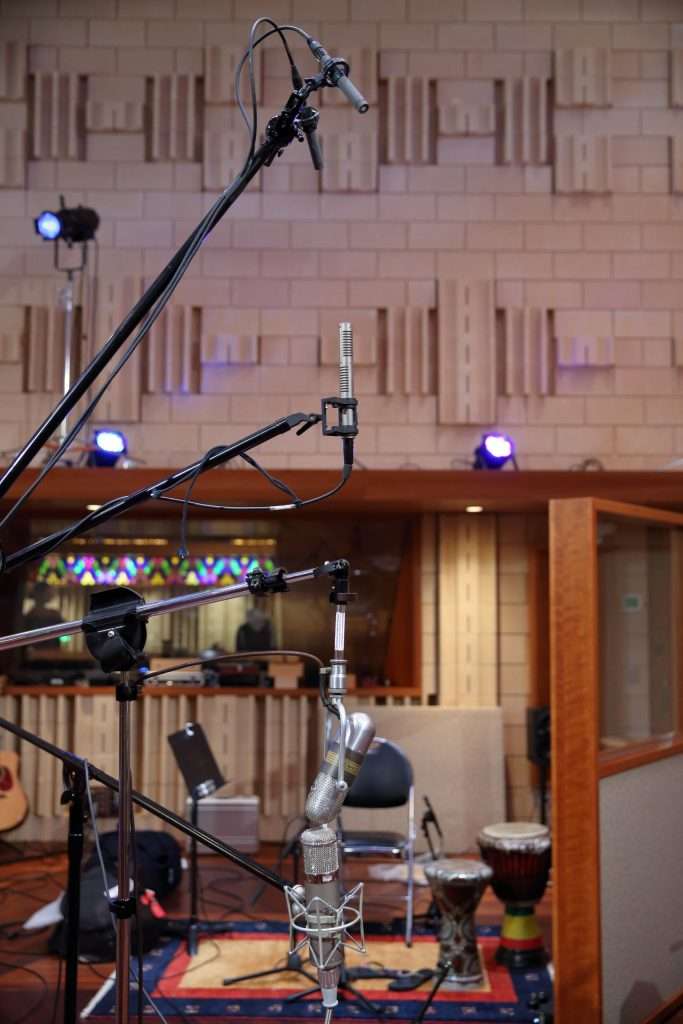 In fact, he actually set up so many microphones that we basically used all our stands, all our cables, and all our microphones.  Good thing our 64-channel API had no trouble taking it all in: 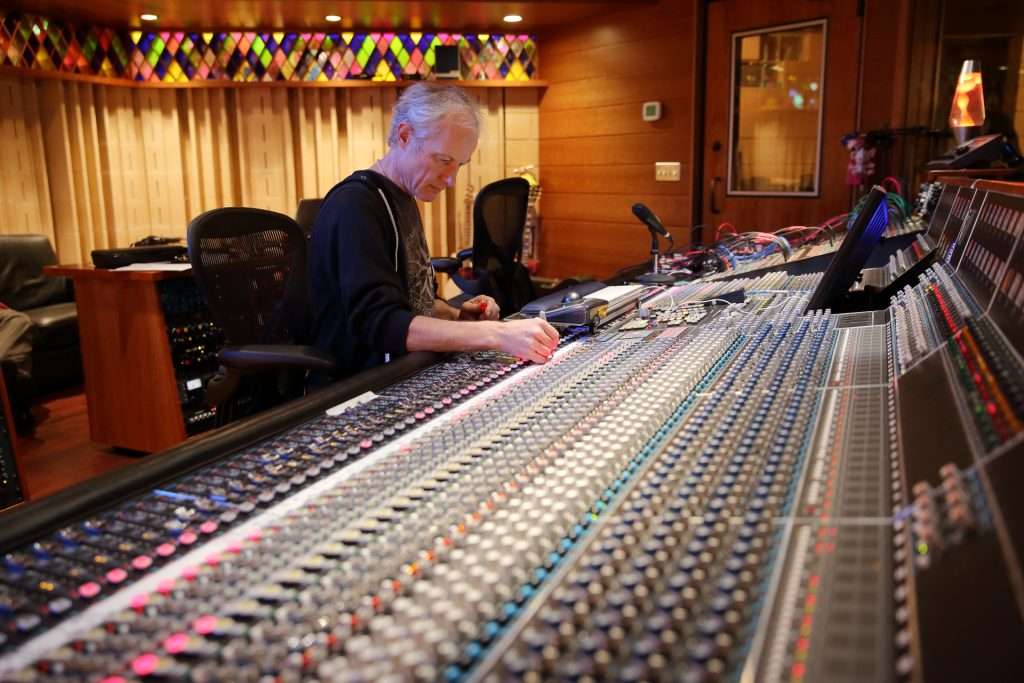 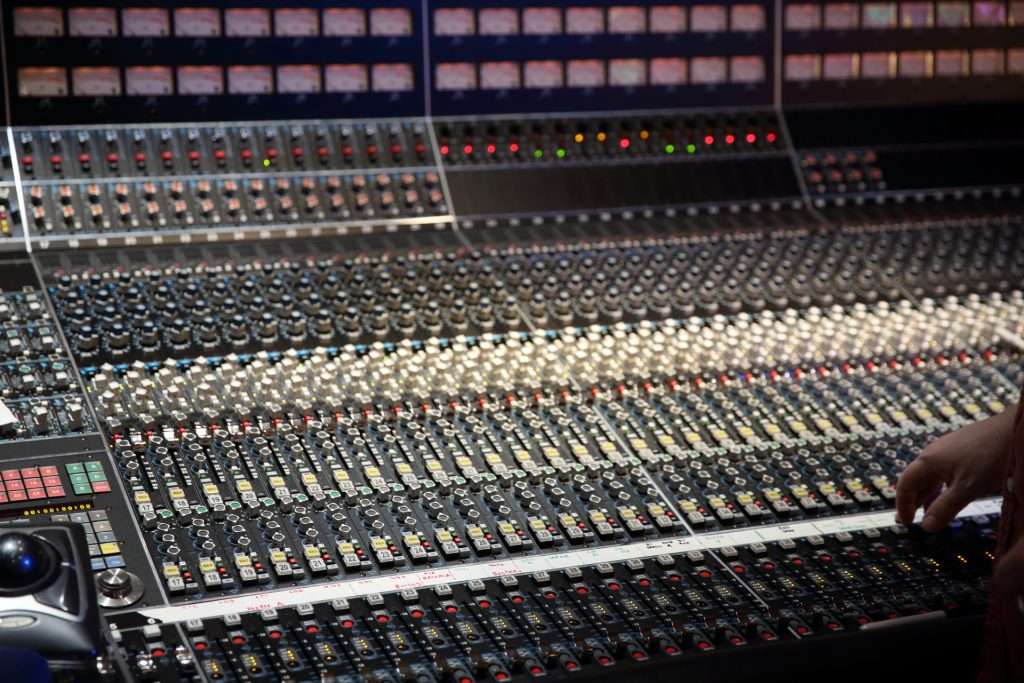 Not to mention a couch large enough to let the band take it all in, too: 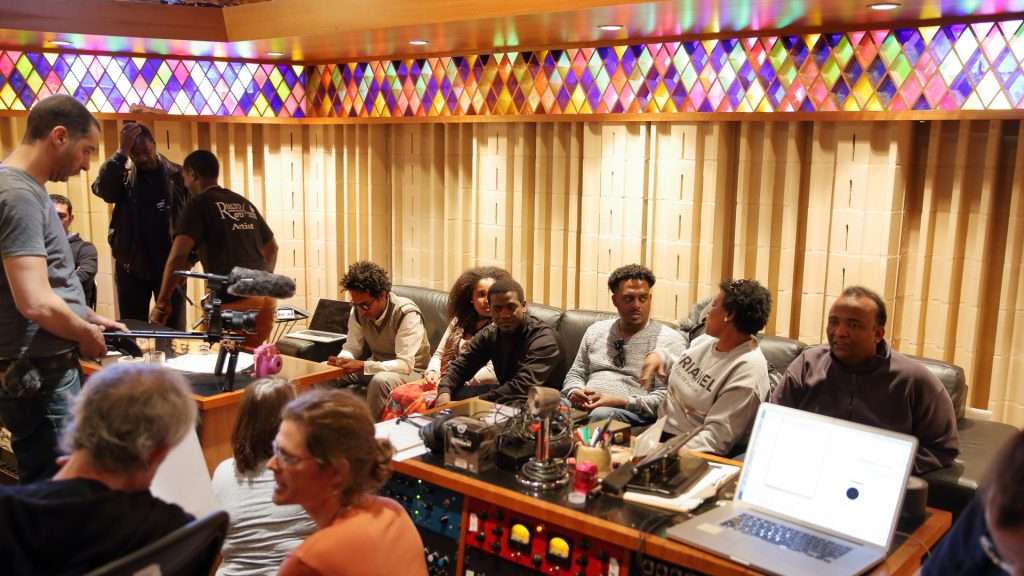 Nile Project leader Mina Girgis was also a great partner–looking out for everybody’s best interests no matter what: 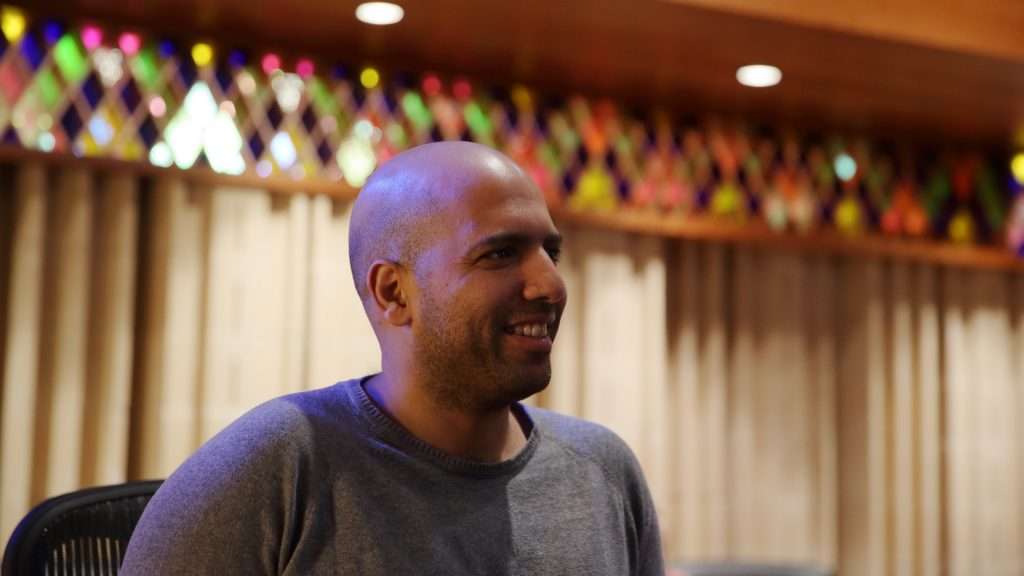 And, finally, the real reason we didn’t need to do a lot of video and photo work for this project: Sherief Katsha, videographer. 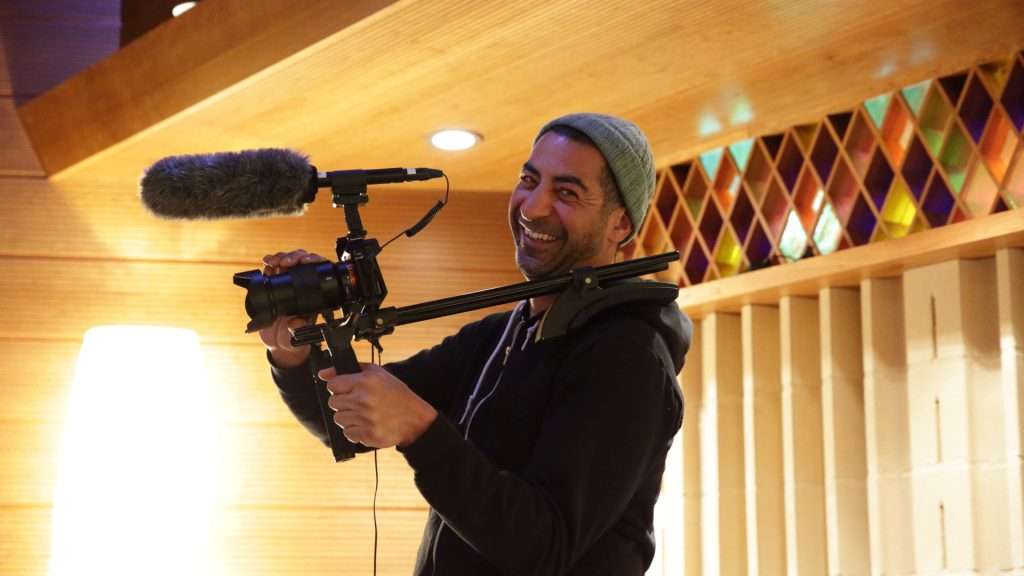 We did our best to stay out of his way and let him do his work.  I’m sure that the Video they release alongside Tana is going to be fantastic!  Nevertheless, here’s a little video Ian and I made while the band was on its way back to the studio to do some final overdubs.  It talks a little about the mic setups and strategies used in the session.

And another cool video: Nader El Shaer demonstrates a customized accordion that can play quarter-tone notes as required by some Arabic scales: