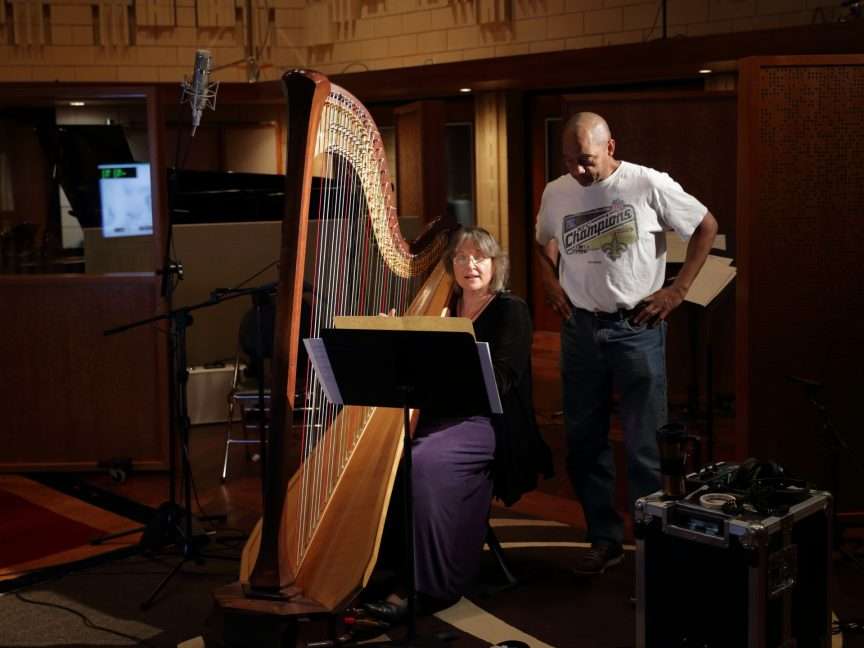 What began as a busy January in 2017 has morphed into a high-profile February. Just as we were finishing up work on our first three sessions of the year, I received a call from Branford Marsalis asking about studio availability on short notice for a film scoring project. The calendar was indeed open for that week, and the blog postings and other general busywork I was planning to do would just have to wait. Instead, we prepared by adding two new stations to the Control Room (one for the Pro Tools operator and one for the large HD viewing monitor), reconfigured our KVM and ProTools setups, changed some network parameters to optimally support Pro Tools Satellite, and routed the Satellite video playback to panels (and ultimately monitors) in the Control Room, the Music Room (two locations), and Booth A (serving both Booth A and Booth B). 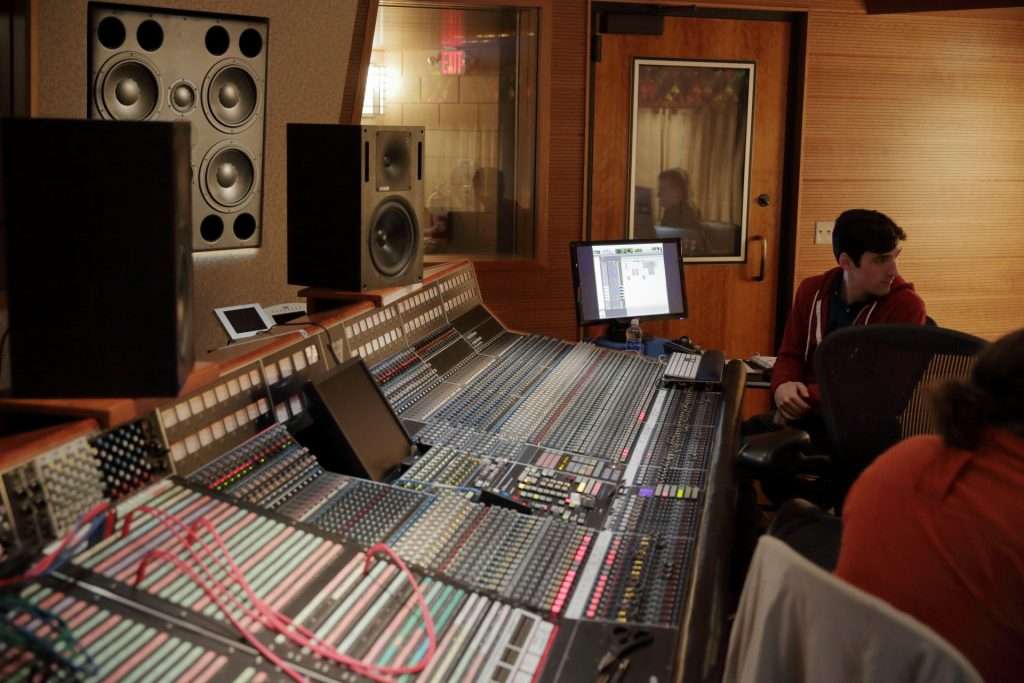 Then we got ready for the onslaught.

The first day of the session was dedicated to load-in and set-up.  Instruments began arriving from Durham, New York, Nashville, and beyond.  Microphones.  Amps.  Monitors.  Printers.  For the next four days, Manifold Recording would be both Mission Control and the Launch Pad for this project.  Ultimately 19 musicians would arrive, unload, warm up, and then get the call that it was time to come in and play their cues.  Excellence and efficiency were equally important to staying on schedule.  That’s what Branford and his team brought.  And that’s what the studio and the staff helped to make happen.  For example, harp players really like being able to see their strings when they play. By aiming and focusing one of our video lights, she could see her strings perfectly, as well as the video monitor in our darkened environment: 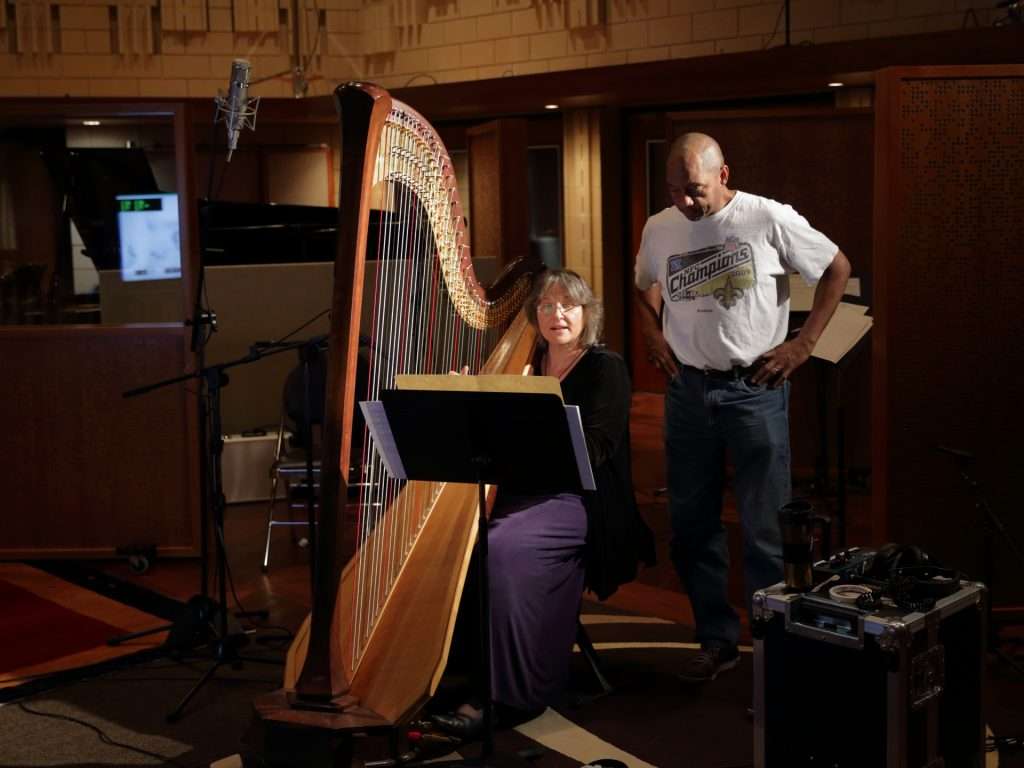 Most of the time things were moving way too quickly for me to jump in, take some photos, and jump back out, so I shot some stills early in the morning, before any musicians arrived.

I think our cloud dreams in color: 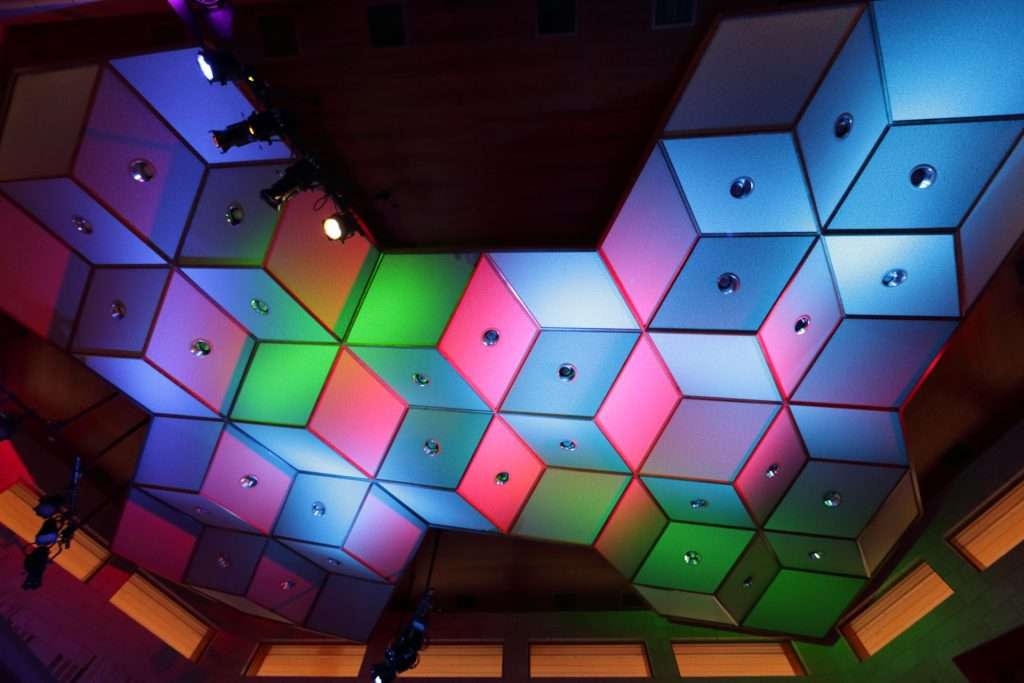 Back to reality…and the blur that was the session.  Everything was always in motion: 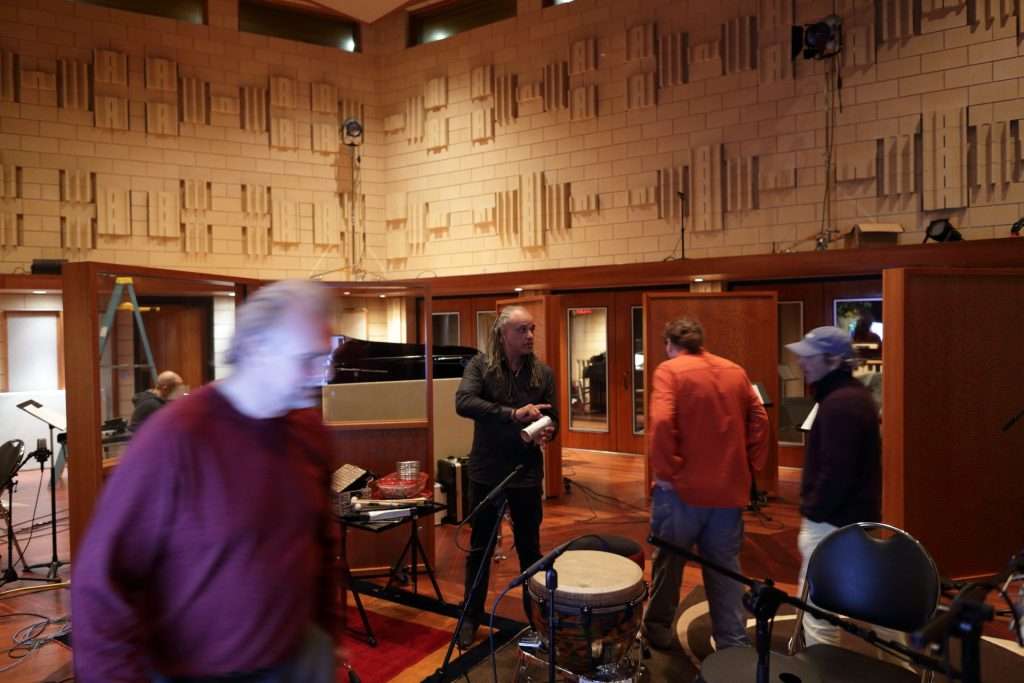 Percussionist Minu Cinelu doesn’t just play one instrument at a time.  Sometimes he plays a whole array at once.  Using one large mic boom he could hit one or all these instruments in one go: 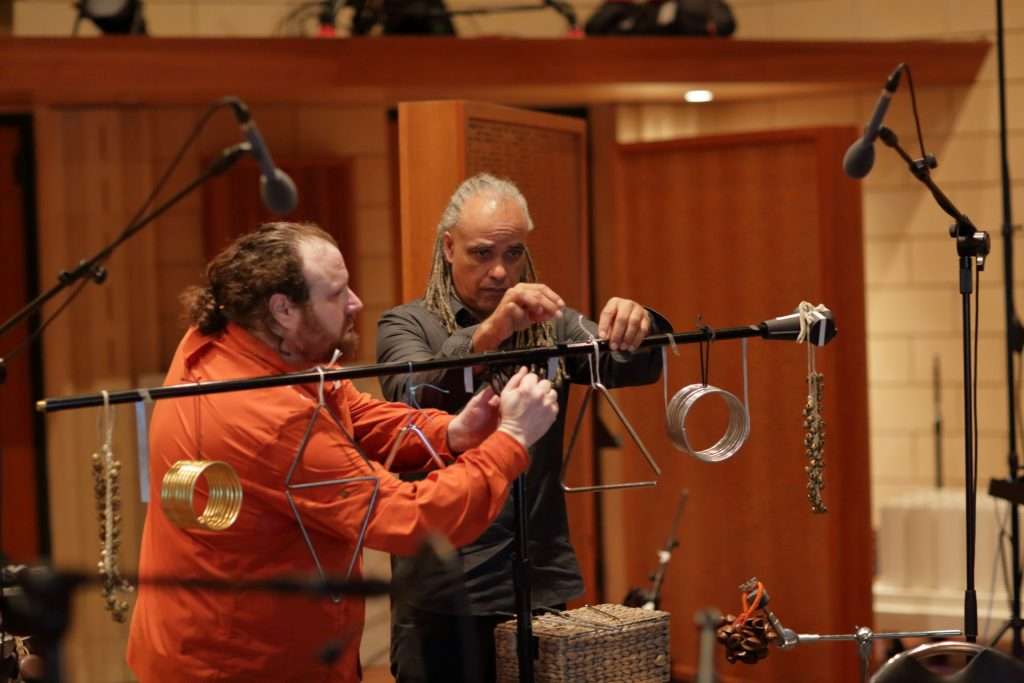 And before you know it, time to play the last cue: 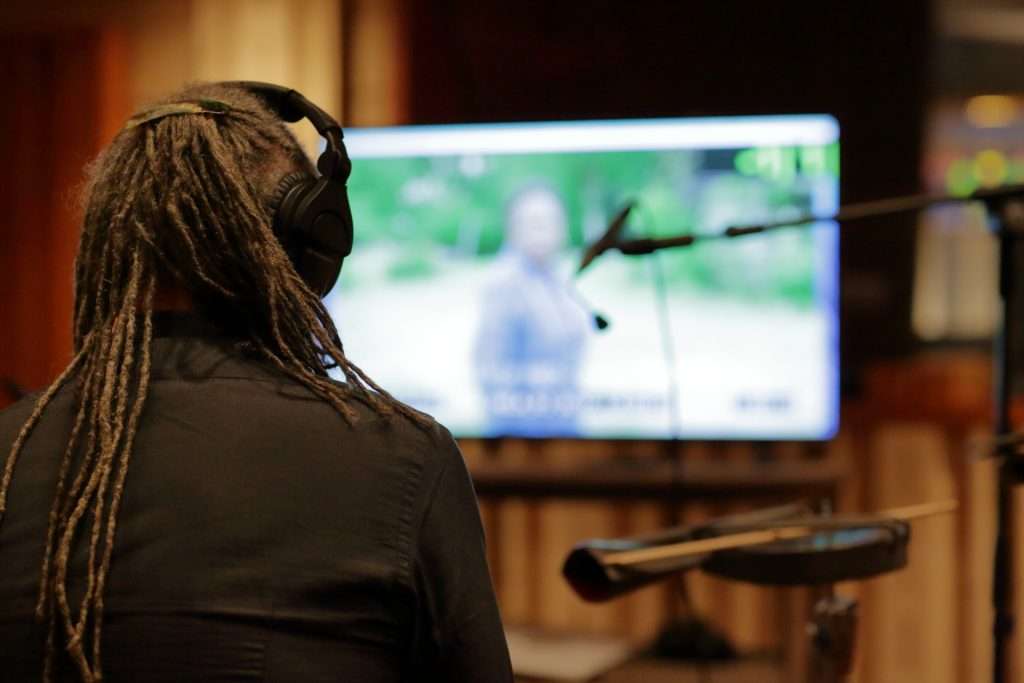 I look forward to saying more about the project once it’s finally released.  Check back after April 2017…