As told last month, Richard Weiss received a commission to create a full-length ballet based on Shakespeare’s Macbeth, and composer J Mark Scearce was commissioned to write the score.  Both the ballet (produced and performed by Carolina Ballet) and the music (performed by the Chamber Orchestra of the Triangle) were enthusiastically received and reviewed both at Memorial Hall in Raleigh and at DPAC in Durham earlier this month.  While the text may have been a tragedy, the performances were an absolute triumph!

The session itself, of course, started days before, with the setting of 40+ chairs, 20+ music stands, tuning the piano (to the A442 marimba), setting up gobos, and then setting up microphones.

This is what things looked like just before the musicians arrived: 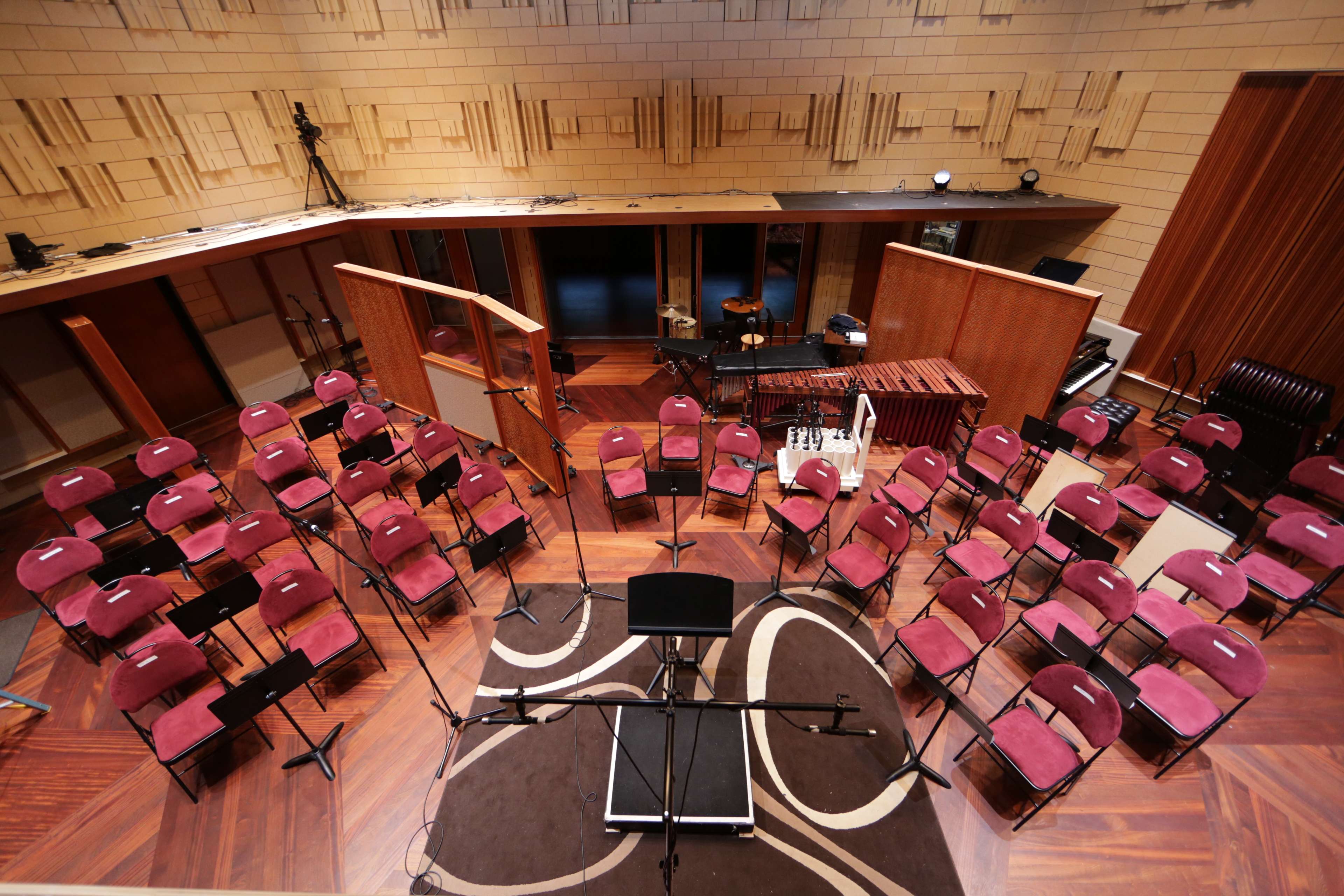 I like that Ian labeled all the chairs so that the musicians knew where to begin setting up.  Here’s Richard Ruggero tuning the piano (with Ian striking notes on the Marimba to compare): 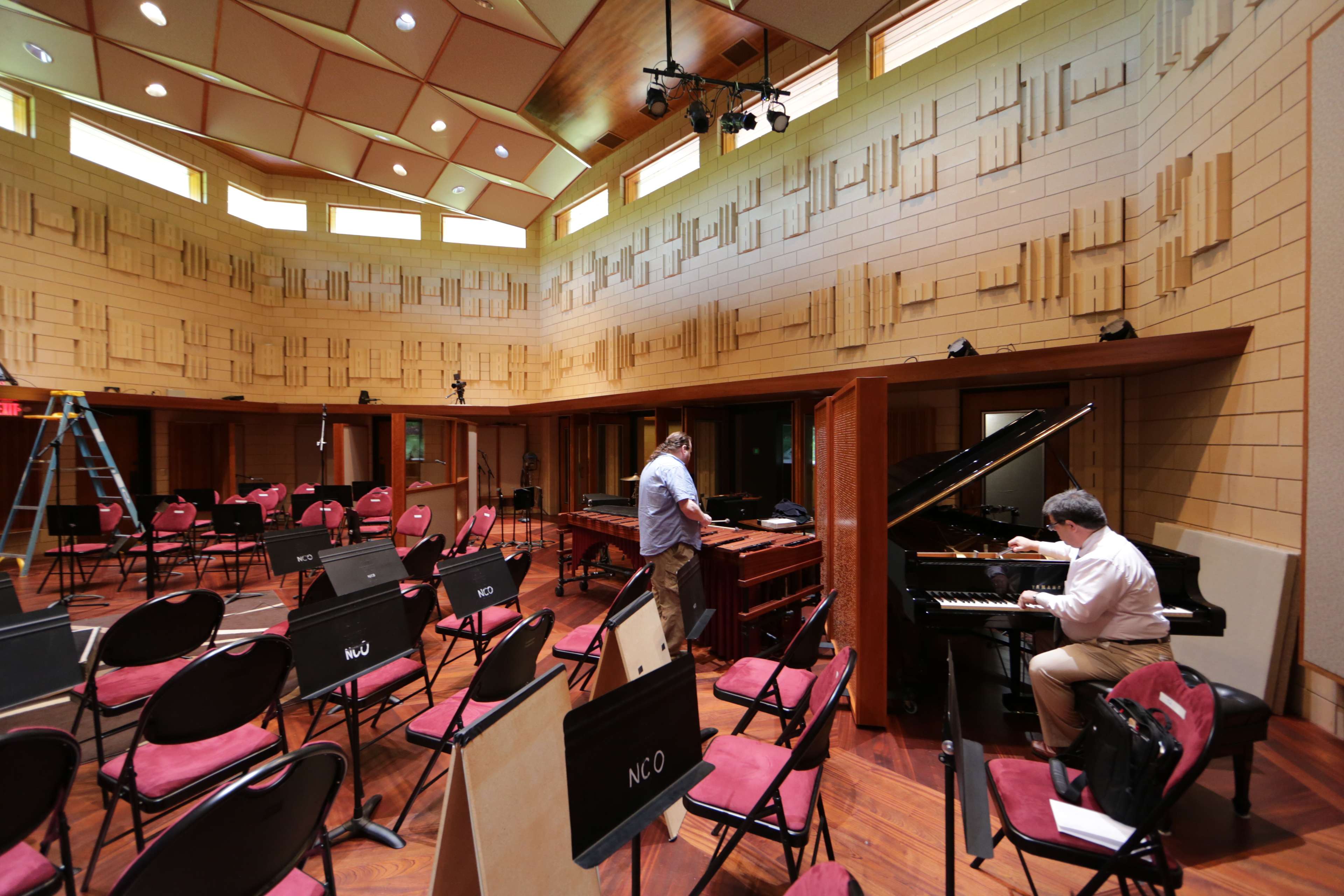 The musicians start to arrive (and I switch to a fish-eye lens to capture the full breadth of the scene): 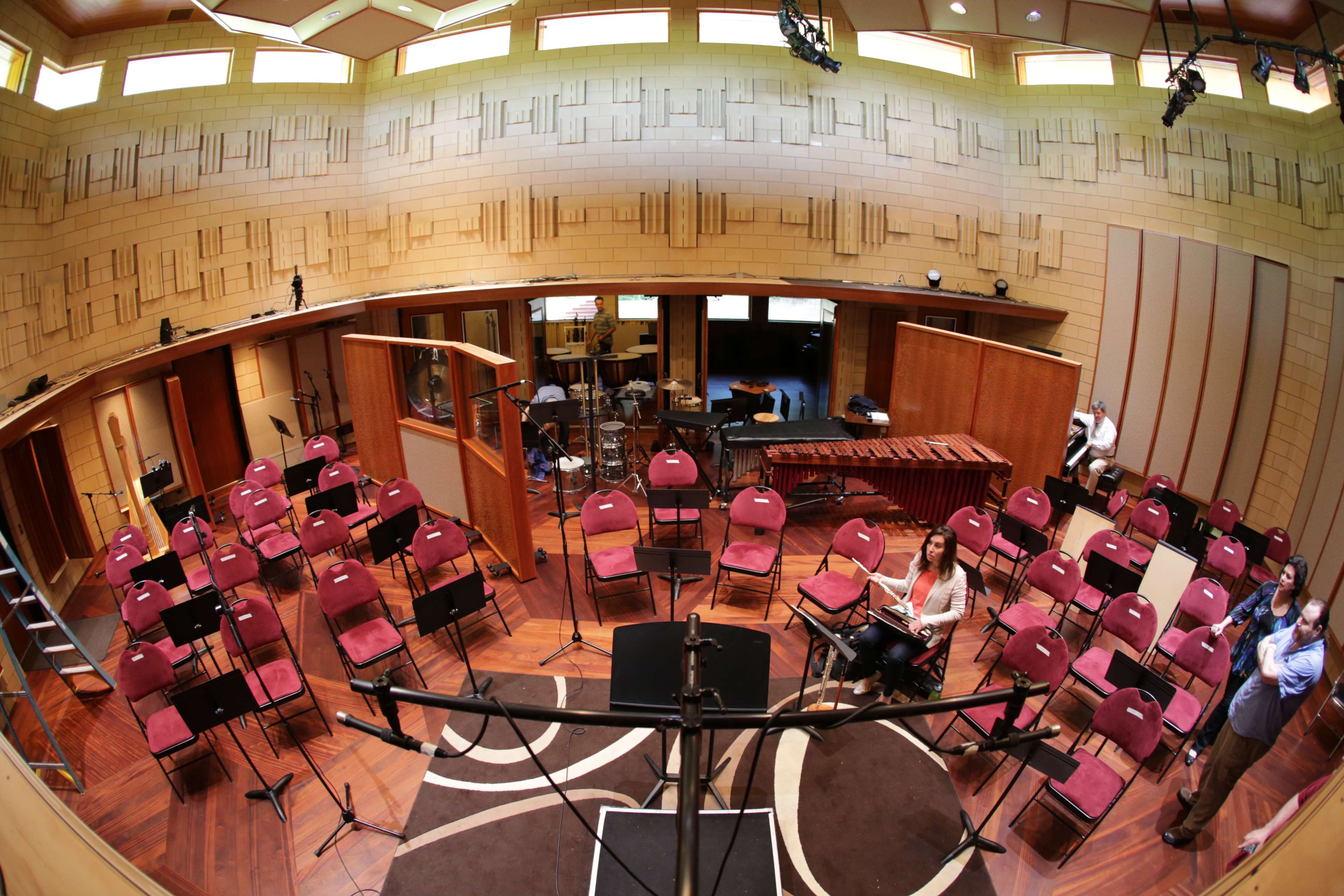 Note the Decca Tree microphone configuration placed above the conductor’s head.  Note also the shotgun mics aimed at the violins so that their volume can be balanced in the recording (though they will be overpowered by the horns somewhat in the room). 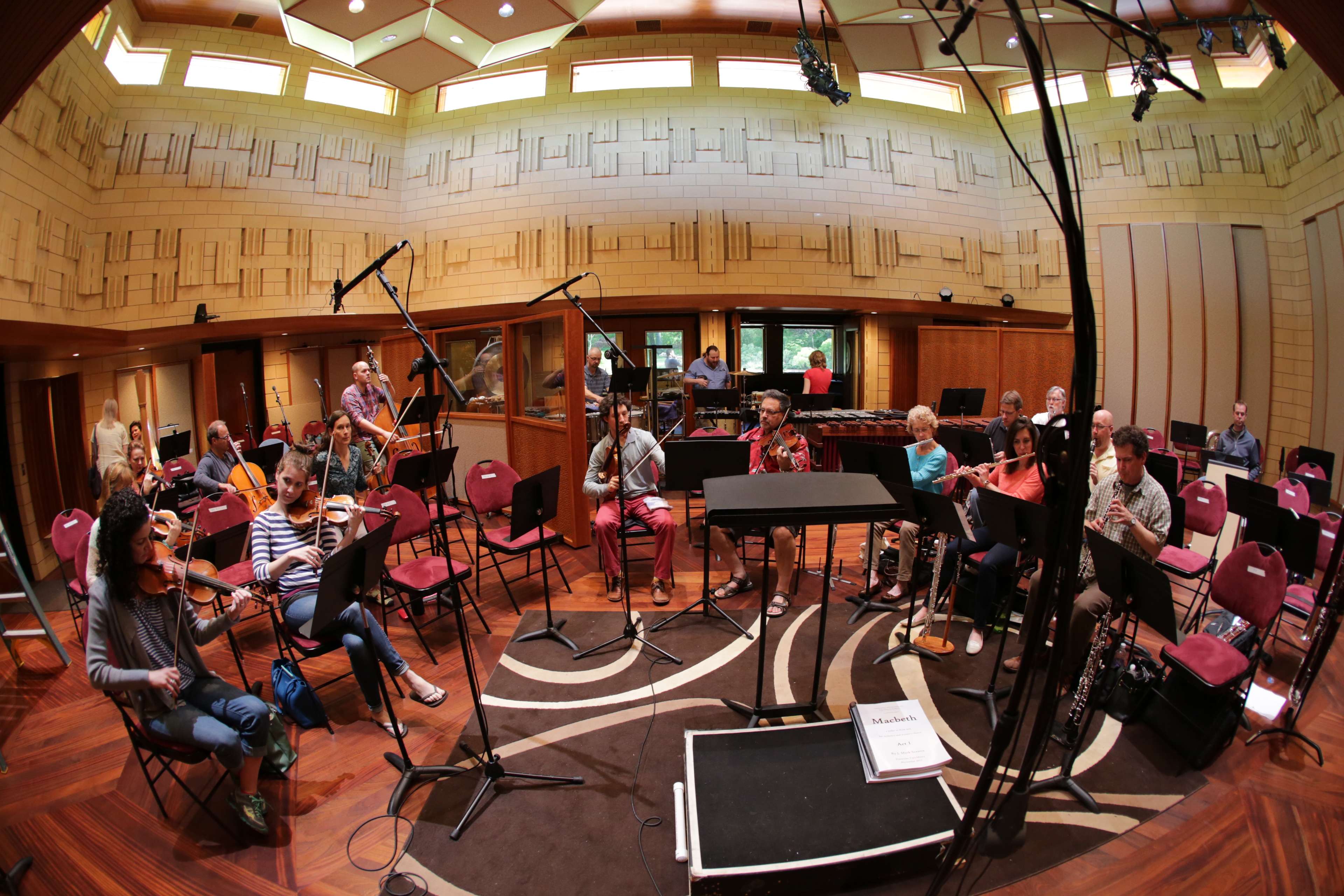 We are recording, and here’s a view of one of our cameras capturing the action.  I should have turned the brightness down on the LCD screen so that it was better balanced with the room brightness. 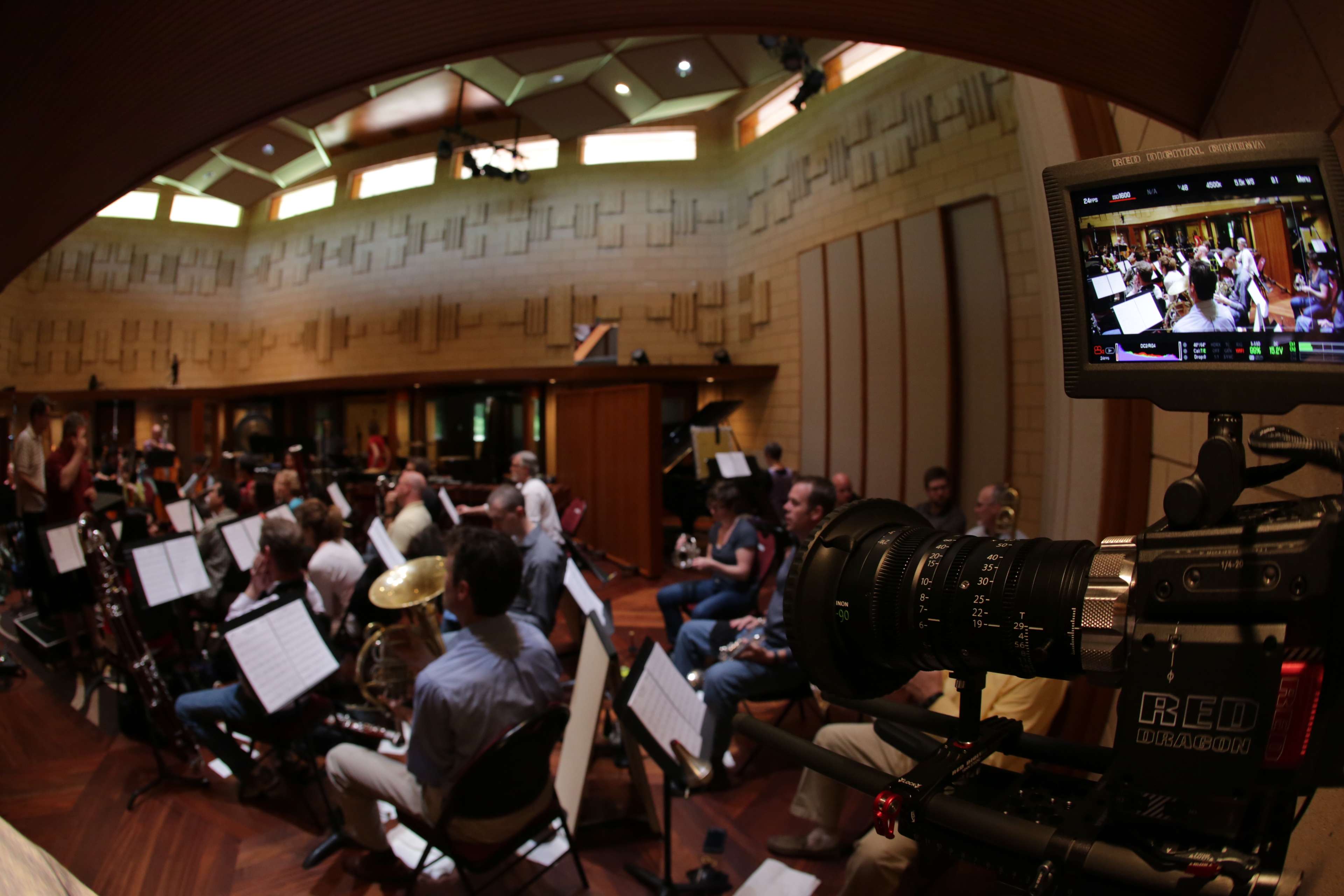 A brief pause while Mark Scearce and Al Sturgis suggest some adjustments. 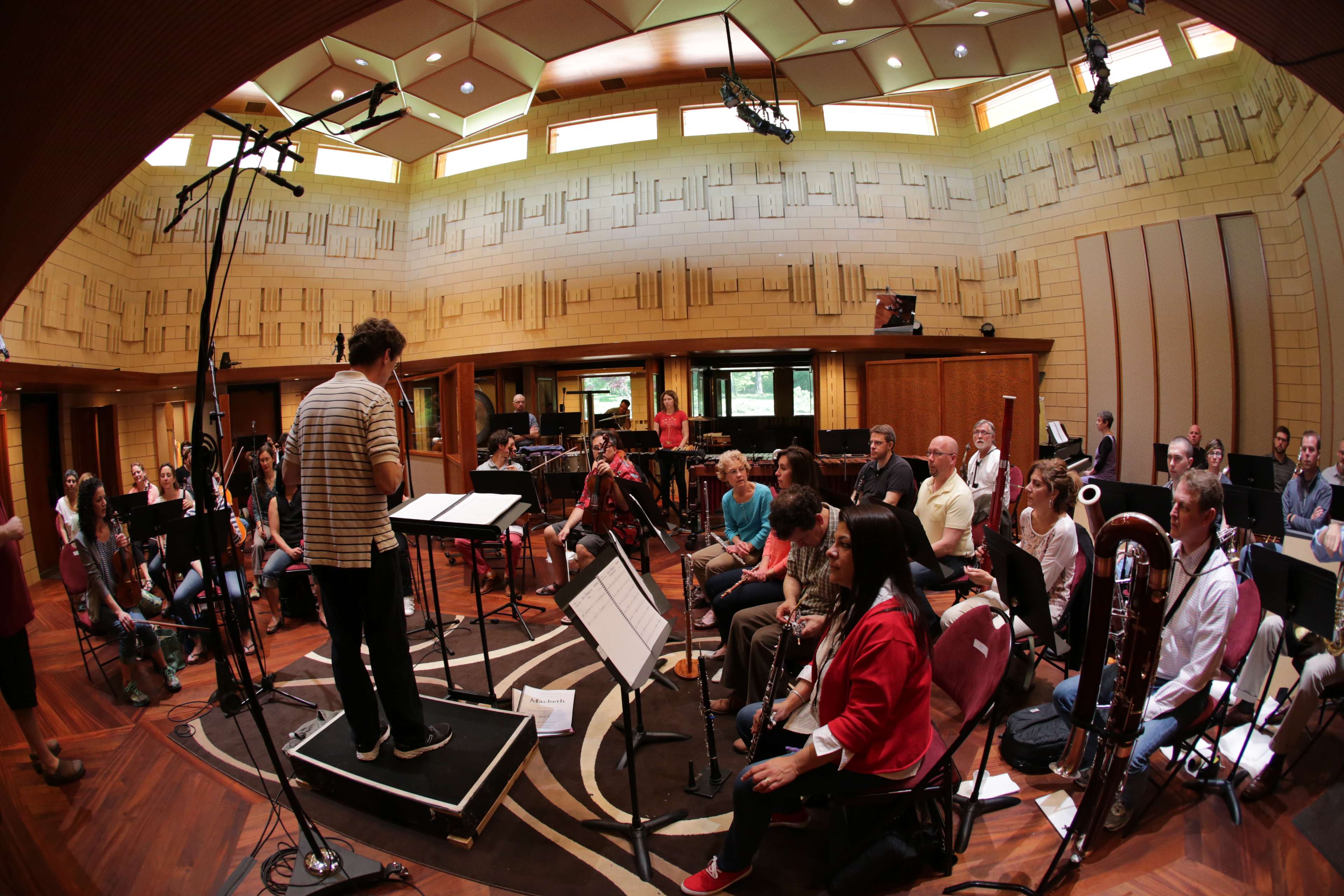 Mark listening in the Control Room as tape rolls… 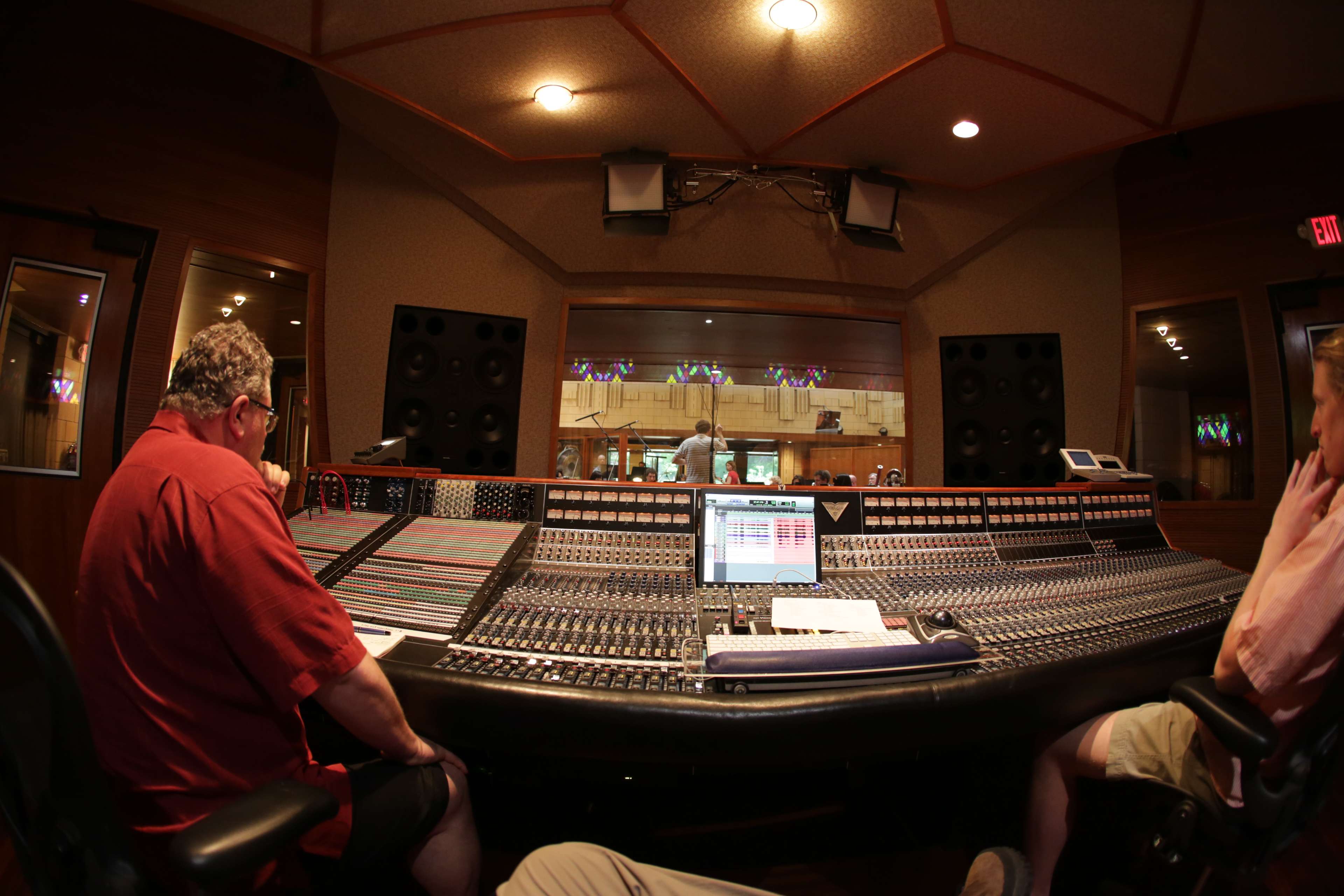 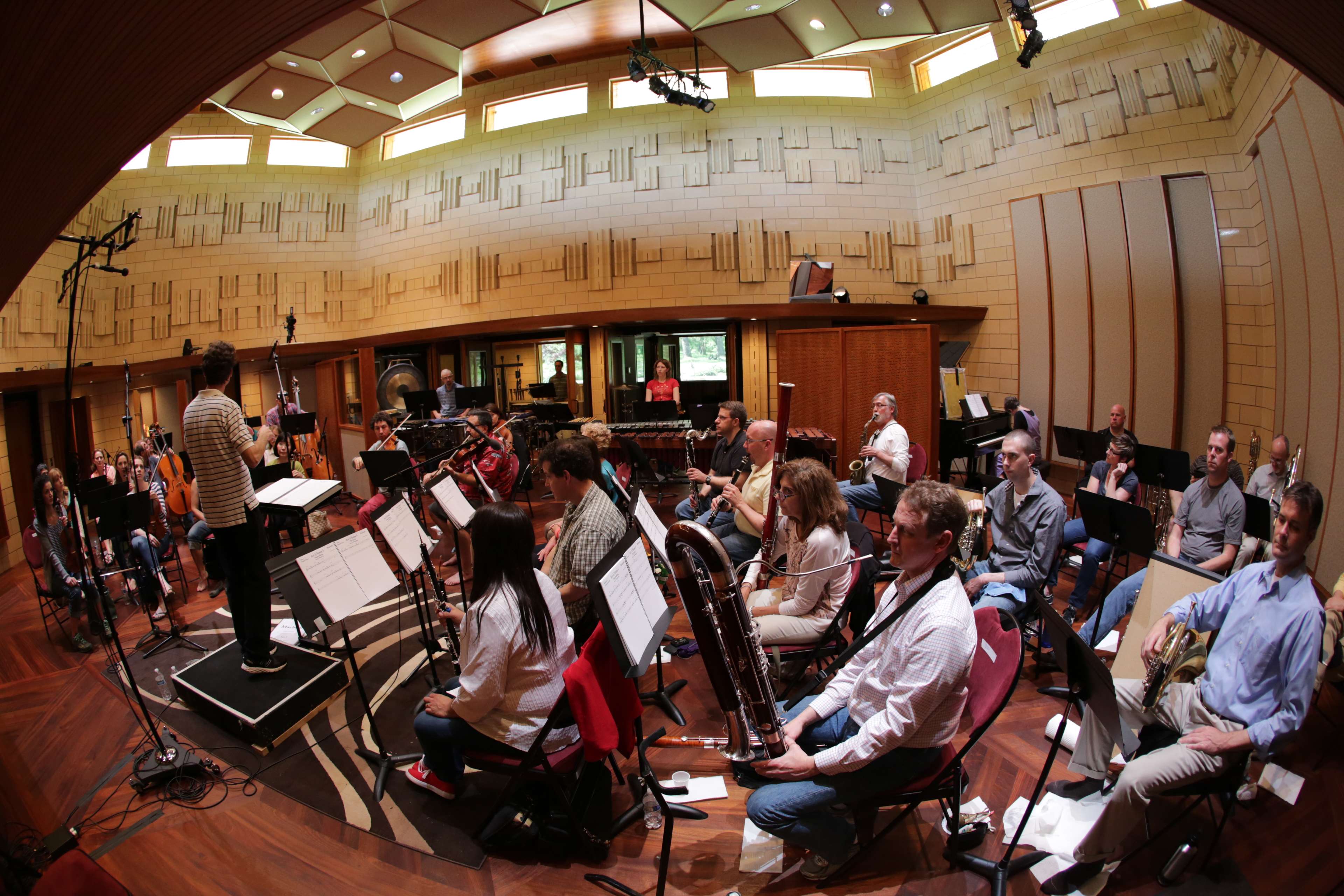 And…done!  Here’s a closer-up photo of the percussion section.  Yes, those are disk brakes on the far right.  They make an appropriately horrible clanging sound when called for.  To the right of the distant percussionist are actually drum brakes, which make a completely different, but also horrible clanging sound as well.  Gongs, bass drums, snares, cymbals, and all sorts of other toys.  If you look carefully (and click on the image to get a full-size view), you can spot the outline of one of the four kettle drums that were played in Booth A. 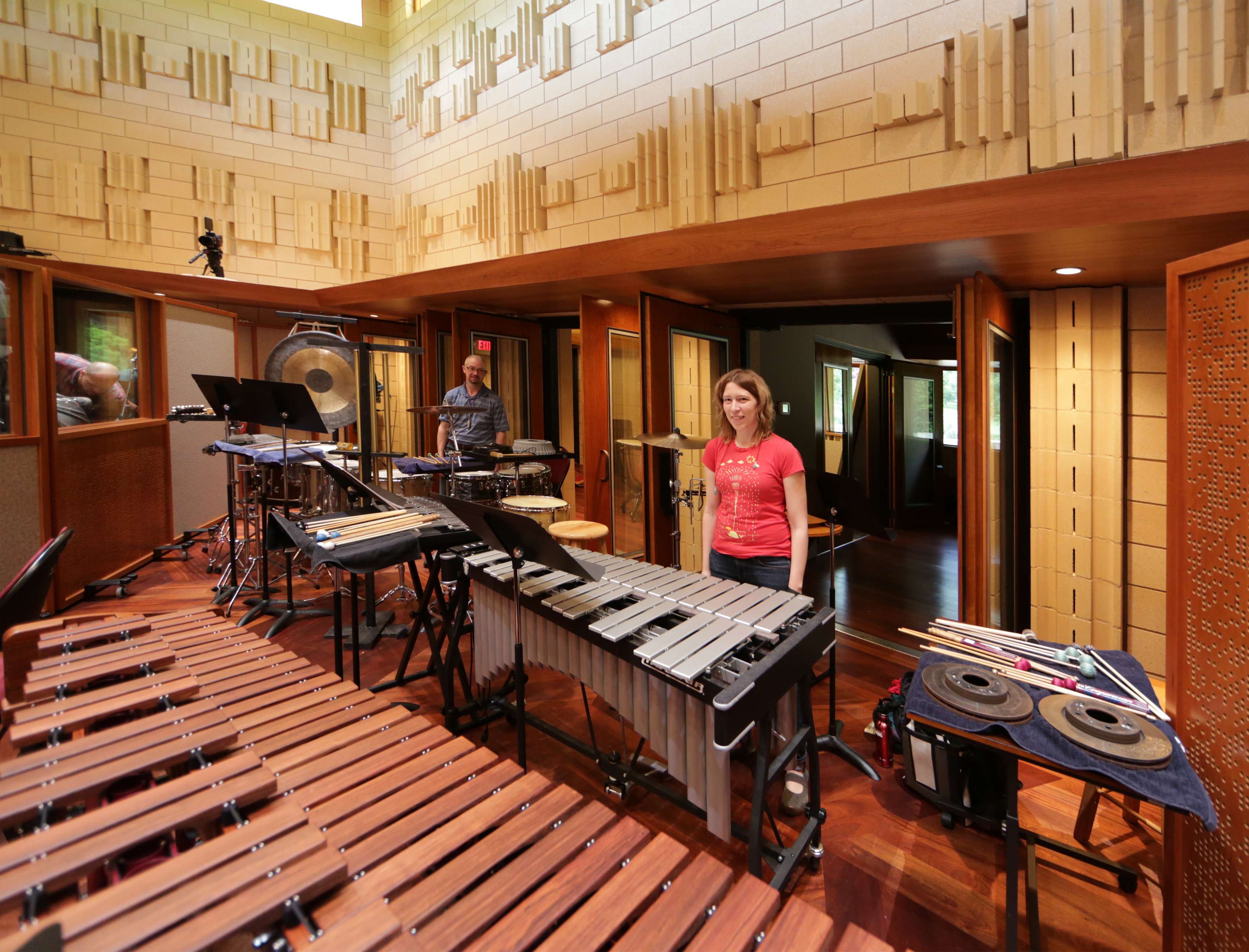 At the end of the day, it was an amazing session–lots of positive energy and lots of positive attitude.  Everybody truly worked well together.  I do hope we have this opportunity again!

In the mean time, I need to get cracking on writing up lots of other sessions that have happened since or are happening soon.  So many great things!