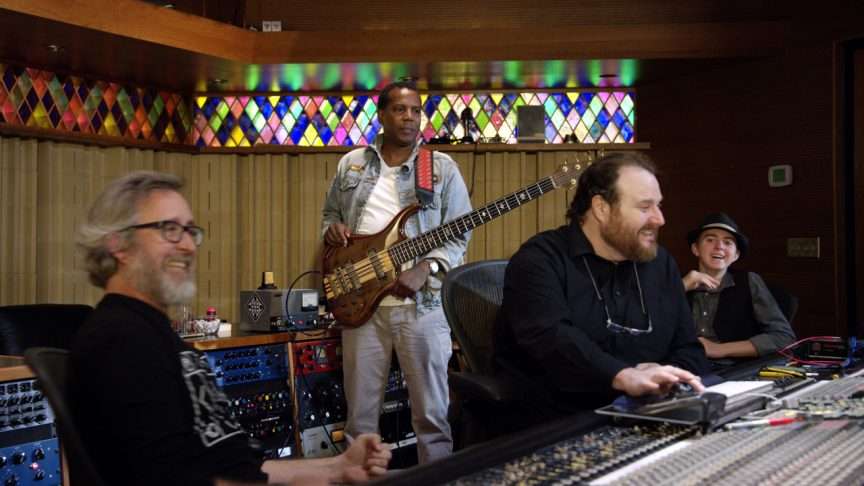 How many musicians have worked with both Dr. Dre and Michael Jackson?  Madonna and Björk?  George Clinton and Ben Folds?  Colin Wolfe spans the musical spectrum as a player, writer, and producer.  And he’s spending nearly a month as an Artist-In-Residence at UNCSA, culminating in a performance at Moogfest 2017.  Along the way, Colin and long-time friend Wade Wilson (UNCSA School of Filmmaking) visited Manifold Recording to spend a few days recording overdubs and mixing stems as part of a songwriting workshop Colin led at UNCSA.  It was both an honor and surreal to host Colin in the studio last week.  It was an honor because he co-wrote one of the most influential hip-hop albums of all time, The Chronic (recorded and released in 1992).  And it was surreal because his visit to Manifold Recording was heralded by the 25th anniversary of the LA Riots (April 29-May 4 1992).  “[T]he whole energy of the riots went into the making of The Chronic” and The Chronic literally made history [1] [2] [3] when it was released.  The timing of the session could not have been more auspicious!

But Colin didn’t come to the studio to replay L.A.  He came instead with the first draft of a song recorded at UNCSA’s Film Scoring Stage.  There was a piano part (recorded on a Steinway-D), scratch synths, scratch drums, and scratch vocals.  The first order of business was to lay down some bass: 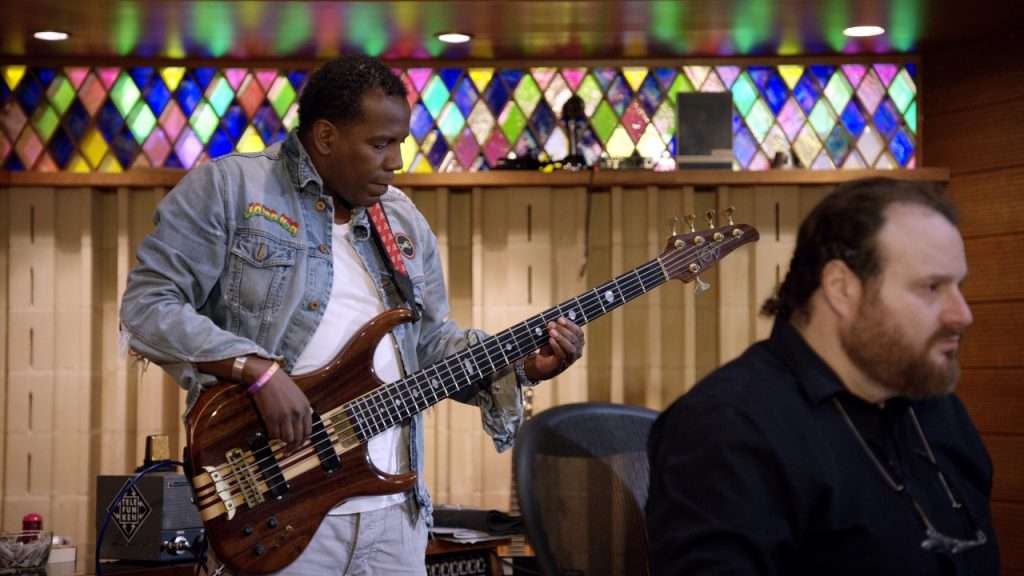 Once Colin was happy with the bass, he wanted a more complete tour of the studio to see what other instruments we might have.  Our 5-1/2 octave Marimba One caught his eye… 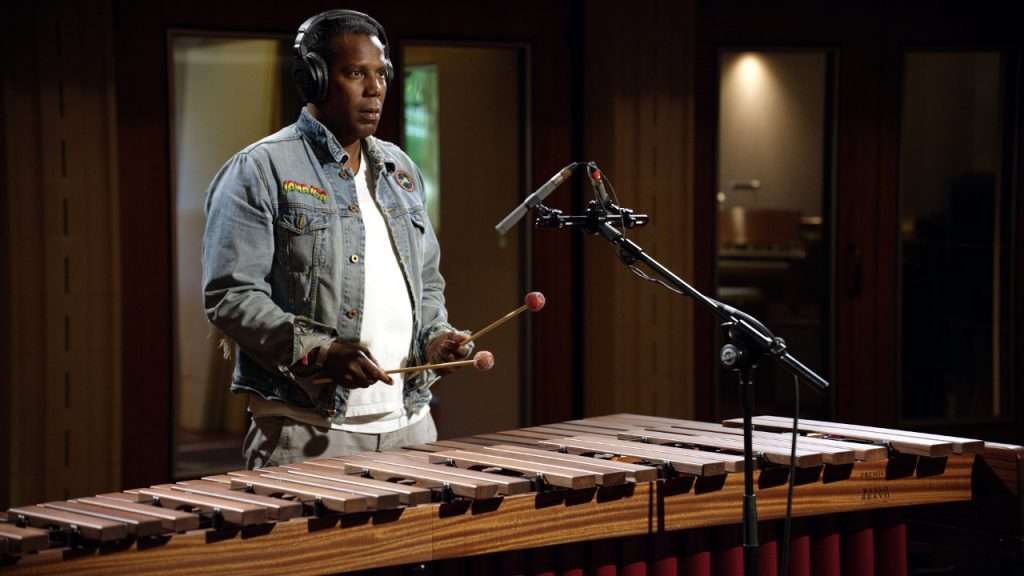 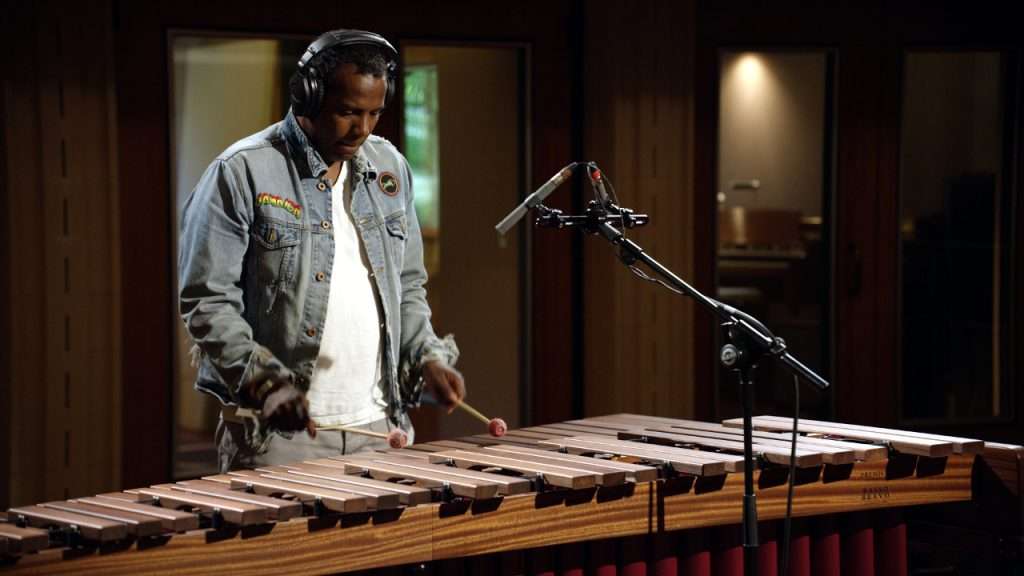 As the Marimba parts started to evolve, Wade got some new ideas for the drums: 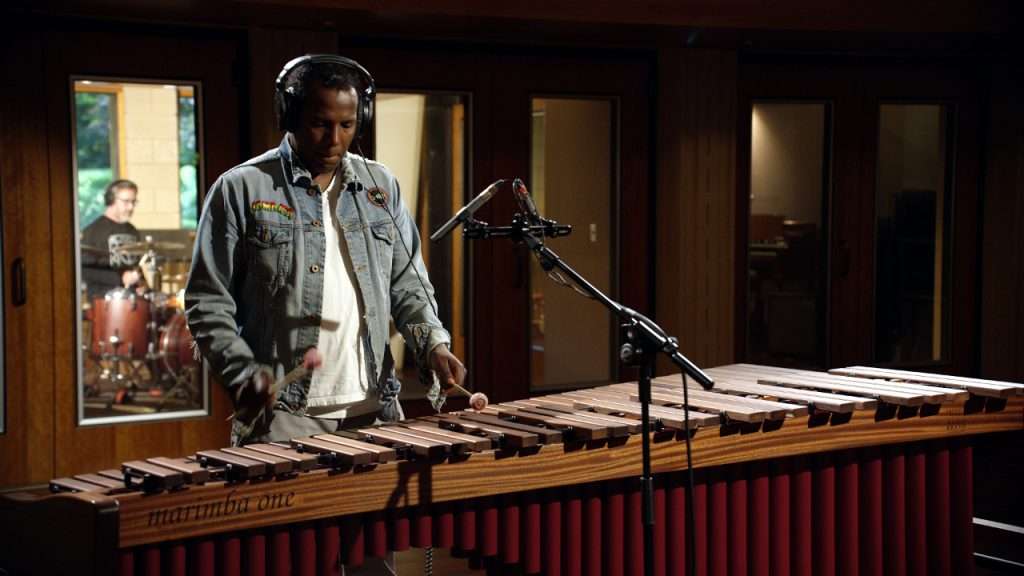 Zooming in a bit you can see more details of the Sonor kit and the snare Ian calls “Sparkles”: 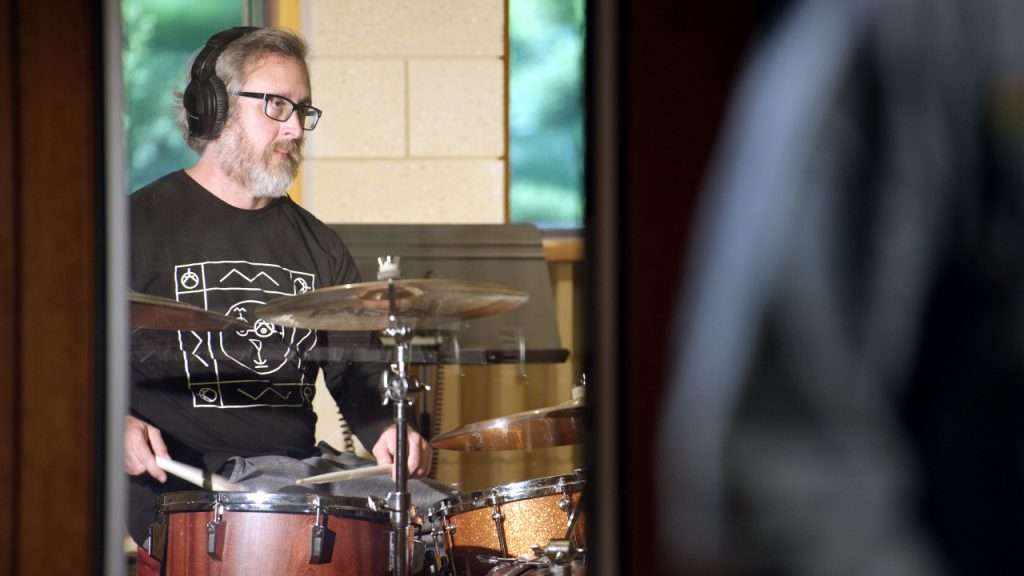 After some more listening and evaluation, it’s time for Colin to lay down some Moog lines. 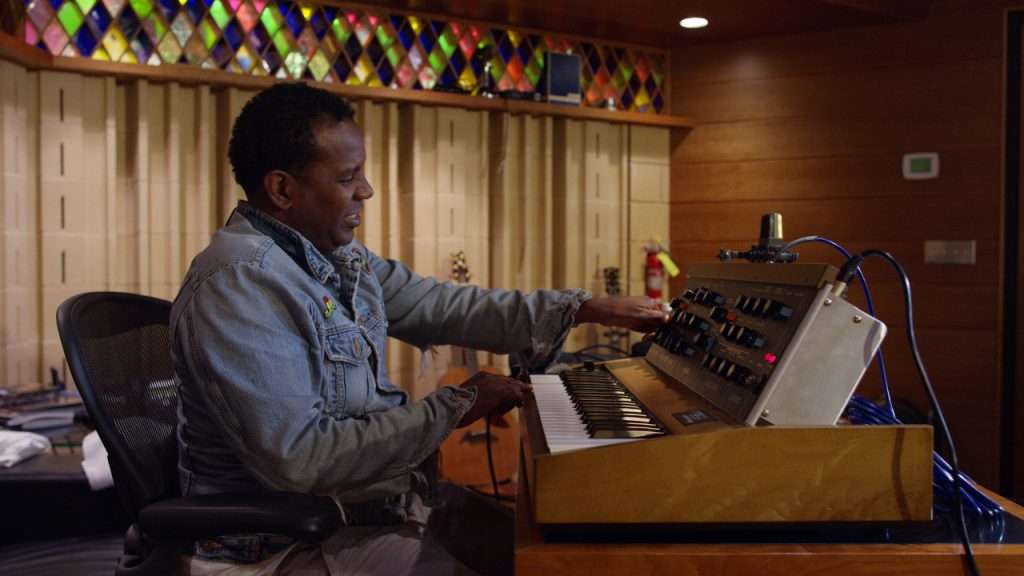 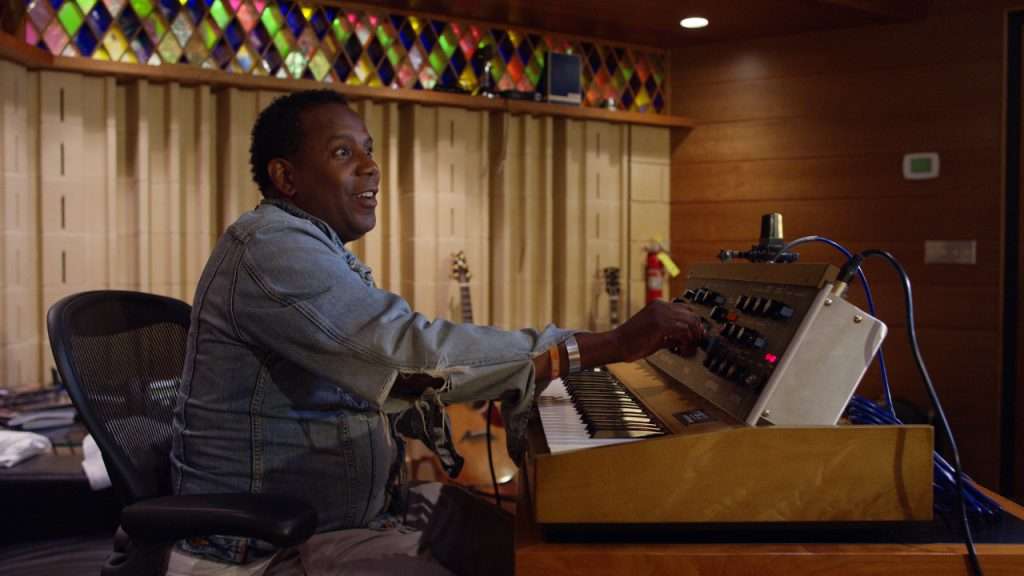 After a little more fixing and mixing, we were ready to track vocals.  Allison Wilson sang the tracks, but Colin provided lots of great advice, both at the beginning of the vocal session: 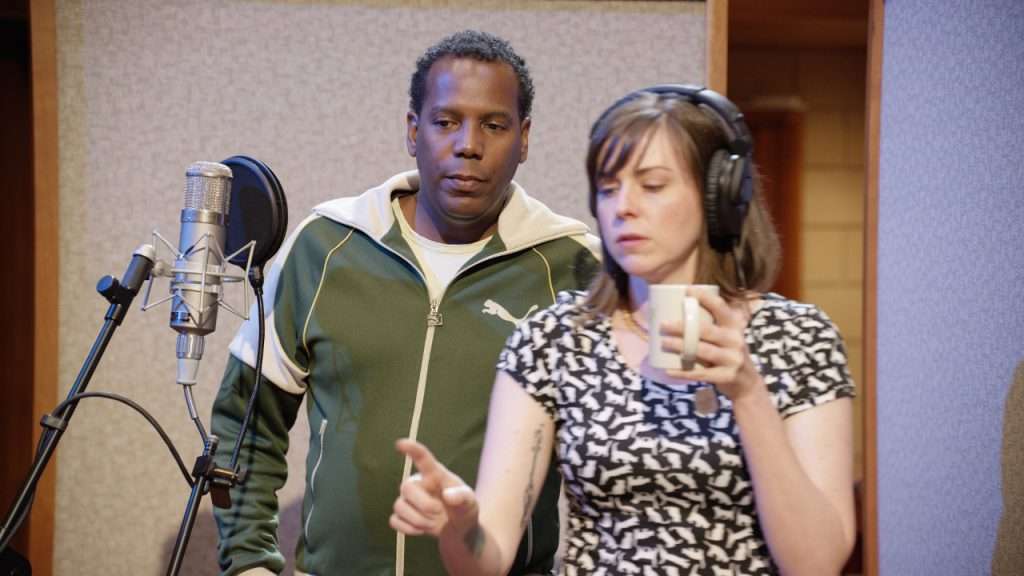 Then later when it came time to harmonize: 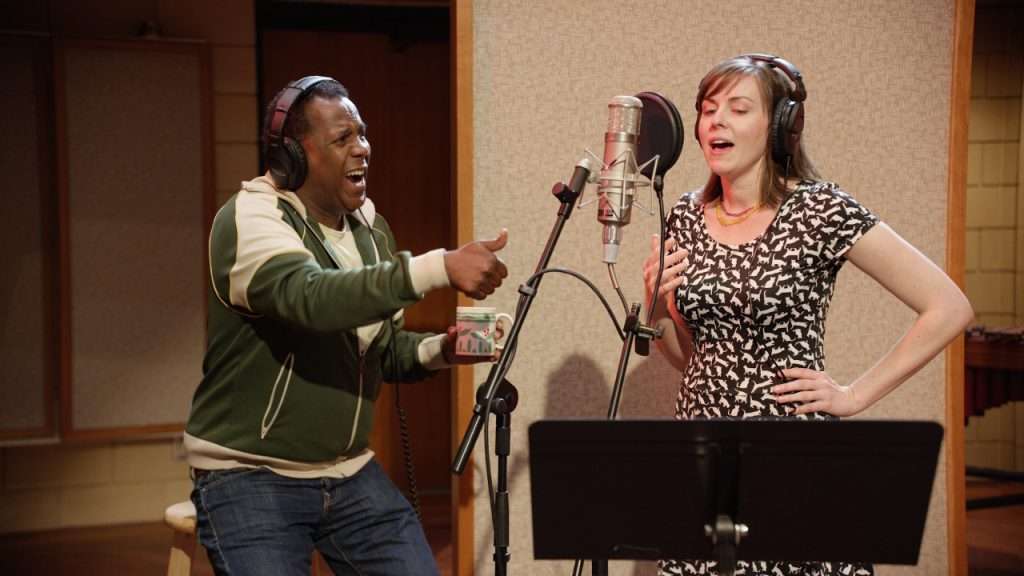 No pressure, Alli, but… 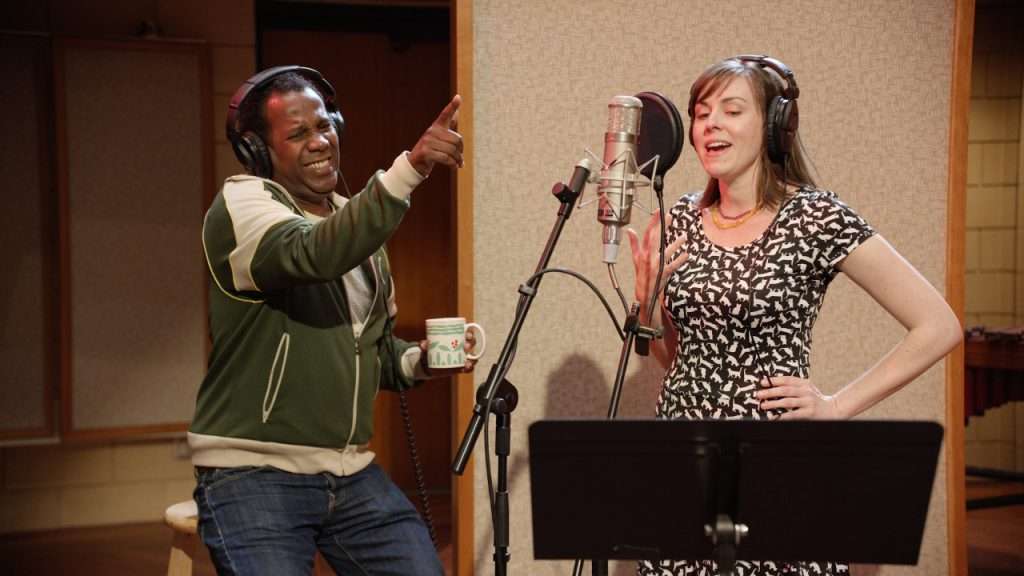 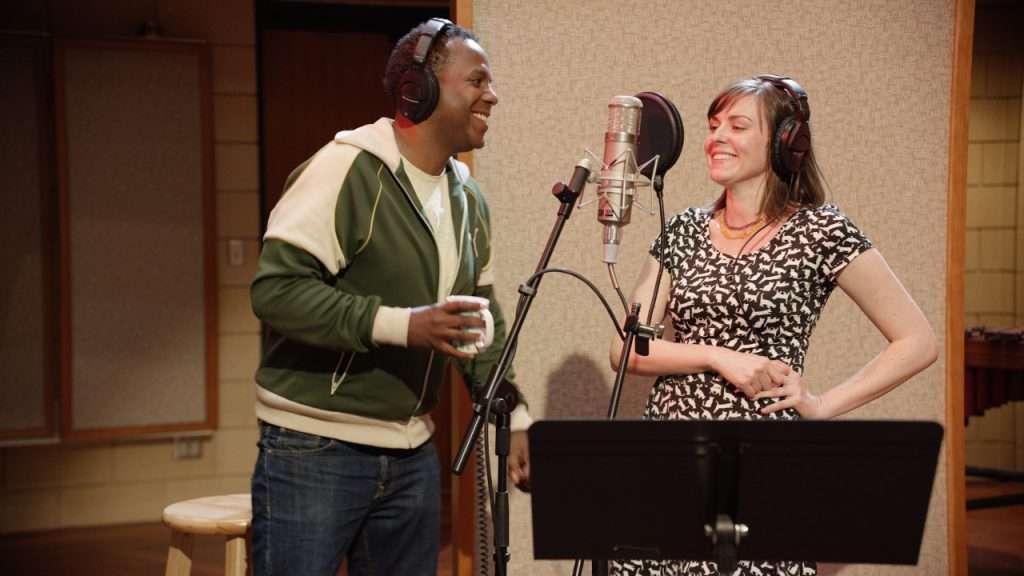 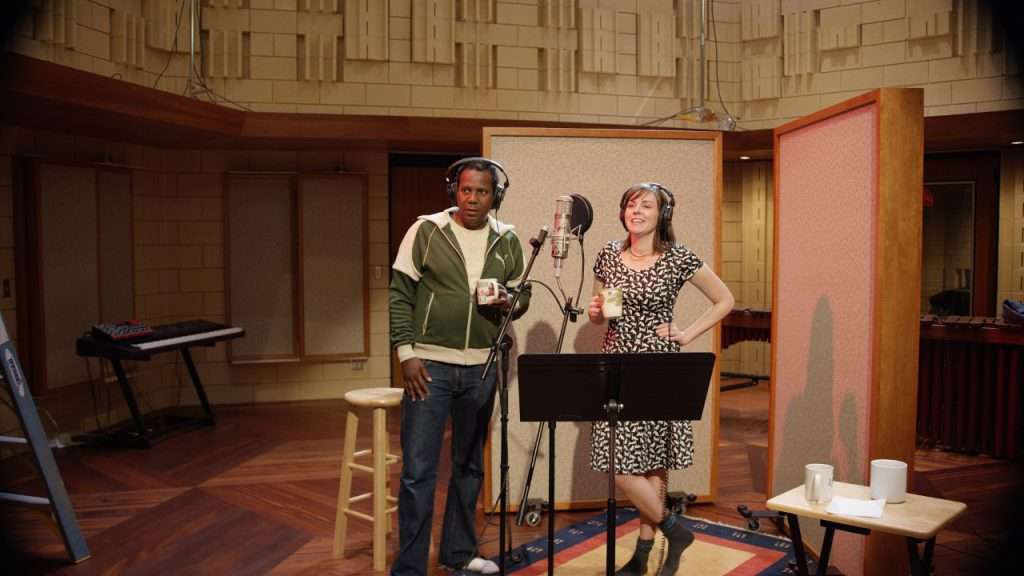 Once the overdubs are complete, it’s time for Colin and Ian to focus on the mix.  We have a YouTube video showing a state of the mix focused on Drums… 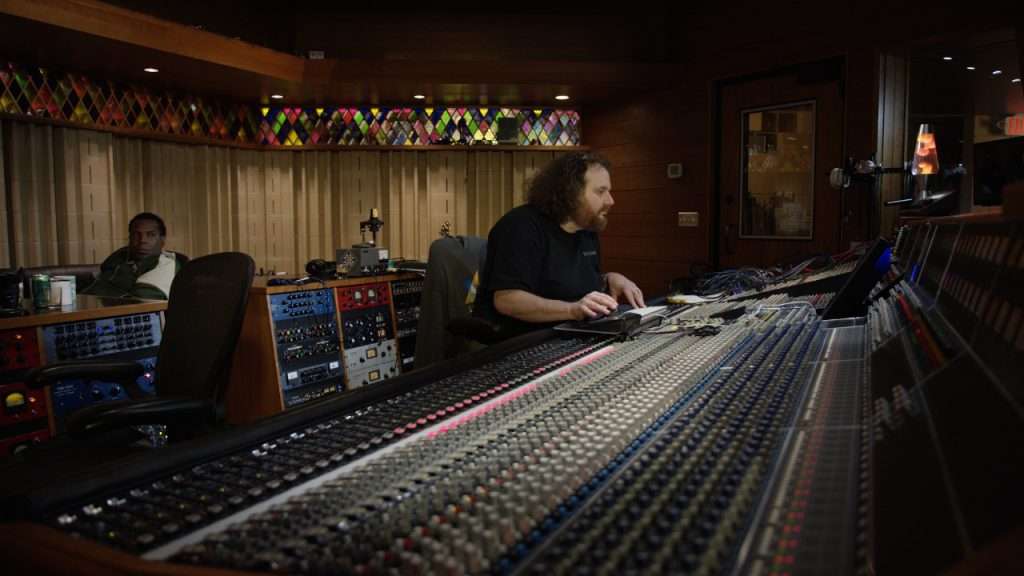 …but also about letting the studio also be an instrument to be played.  Ian and Colin work deep into the night, finding all sorts of new sonic ideas that are waiting to be realized for the first time… 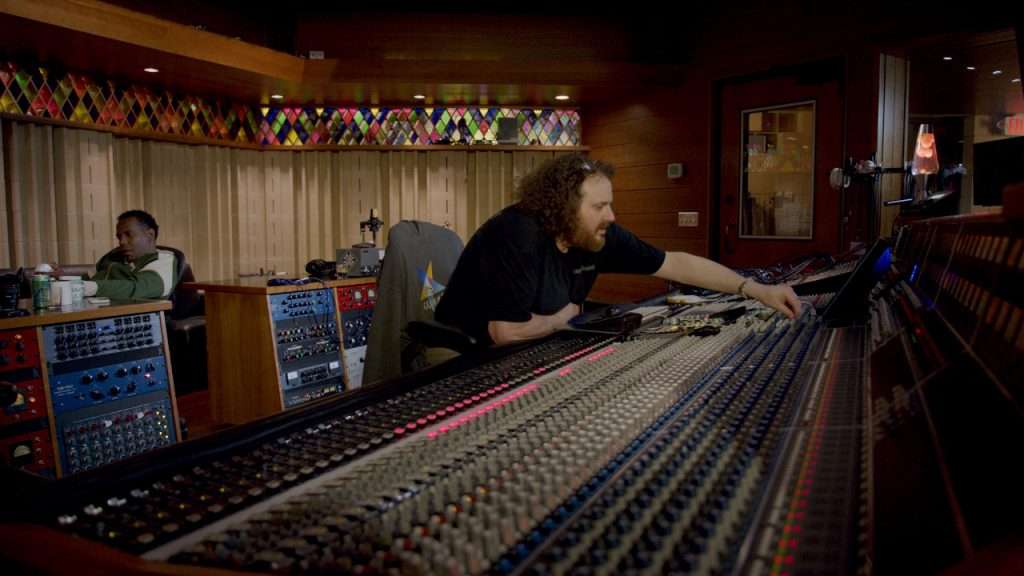 When the song is mixed, we’ll post a link from this blog page.  In the mean time, enjoy the pretty pictures and share them with your friends!